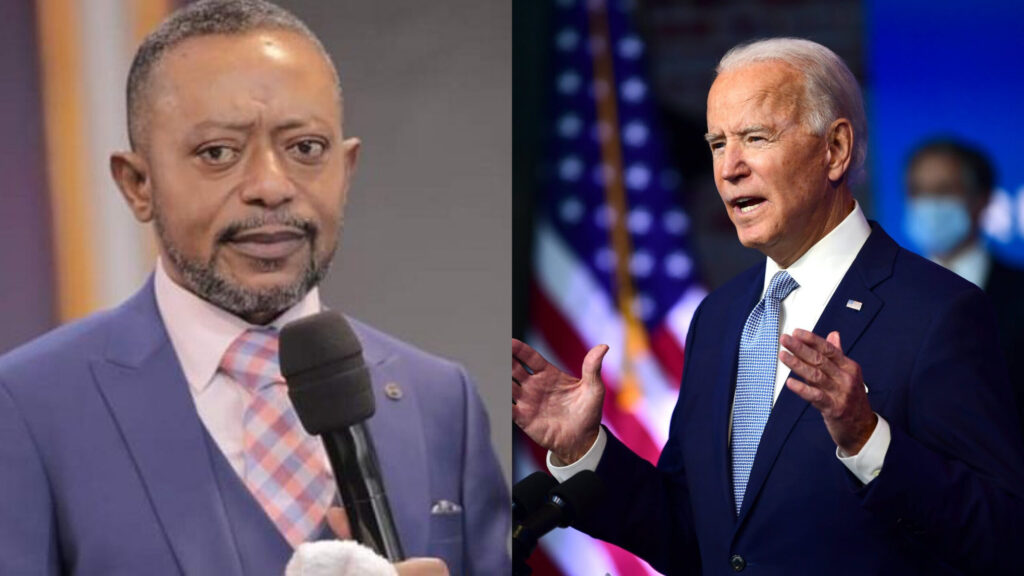 In 2020, Rev. Owusu-Bempah predicted the change of the world due to the choice of Americans for president during the US election.

In his prophecy, Owusu-Bempah said that Donald Trump has been rejected by God due to his stubbornness and thus, will lose his presidency if care is not taken. He then said if Joe Biden was elected president, it’ll be the legalization, promotion, and sponsorship of LGBTQ+ all over the world.

However, the issue of criminalization and legalization of LGBTQ+ in Ghana has become really broad. While those against the legalization are basing their reason on religious, cultural, and moral values, those in favor of it are also on the fact that, it infringes on Human rights.

Therefore, it’ll be wise to reference what Rev. Owusu-Bempah prophesied and listen to what he has to say concerning the presidency of Joe Biden and why he thought the LGBTQ+ will be legalized without the will of any country.

While in a recent interview on Okay FM, Owusu-Bempah explained why the prophecy he made some time ago would come to pass.

“Well, I can say it is not certain yet because a lot of things are happening in the spiritual realm, and while I personally support Trump to win, Joe Biden is not as easy as people thought he would be. I’ll call Donald Trump’s office to pray for him, despite the fact that, as I previously stated, he had repented of his sins. It is undecided, but he will win because Joe Biden is not a good leader; he wants gays and lesbians to have freedom, but God chose Trump for a reason, as I explained.”

“I prophesied that God would have His angel take the key away from Trump, preventing him from winning the elections.” Joe Biden was going to win, and one of the consequences would be the promotion of homosexual activities. We prayed against it, but Biden won anyway.

“This demonstrates that what God revealed to me has come true.” Everyone is talking about the LGBTQ issue. What is happening is regrettable. Ghana is a holy country, which our forefathers despise. Our president has stated that it will not be passed while he is in office. Every leader in this country is also opposed to LGBTQ people.”