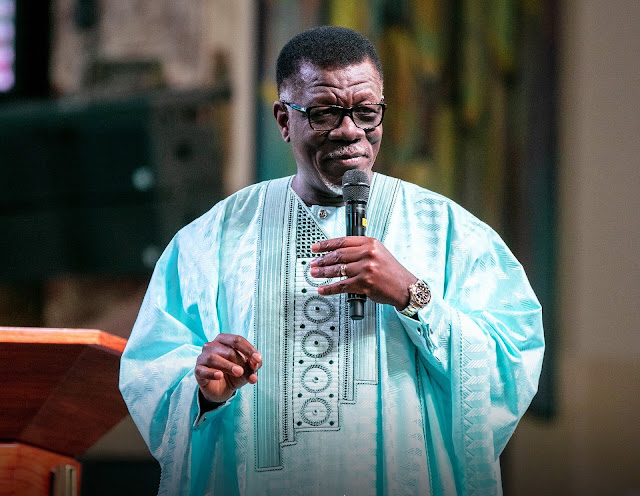 A throwback video of pastor Mensah Otabil vehemently opposing the penchant of doom prophecies within Christendom in contemporary times has been reshared on the internet to fit into the Shatta Wale’s fake gun attack narrative.

In the video, the founder and leader of Central International Gospel Church (ICGC) is heard saying fake and doom prophecies have held people in captivity and called for the immediate halt of this problematic blight.

The footage has helped to advance trending discourse after the arrest of Jesus Ahuofe, the Ghanaian prophet who has reportedly been remanded for creating fear and panic when he announced on radio that Shatta Wale would be shot dead.

mensa otabil
Previous Article“SHATTA WALE IS FIGHTING FOR A GOOD CAUSE BUT HE DIDN’T KNOW HIS ACTIONS WILL GO THIS FAR” – Hajia4Real revealsNext ArticleFUNNY FACE’S BABY MAMA, VANESSA LOSES HIS COOL ON A FAN FOR CLAIMING SHE IS ENDANGERING HER CHILDREN’S FUTURE