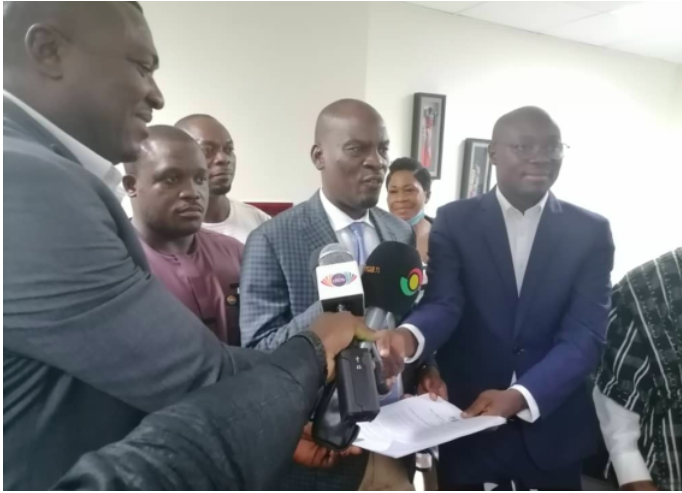 The Mobile Money Association of Ghana has petitioned the Minority Caucus in Parliament to vote against the proposed Electronic Transaction Levy (E-Levy).

The organization says its research of the E-levy after its adoption in the 2022 budget reveals it would not just affect Ghanaians and agents but also the economy.

In the official and informal sectors, everyone is now capitalizing on whatever economic activity to deal utilizing mobile money. “Based on our analysis, the administration faces around 12 hurdles if it continues to pursue the e-levy in its present form,” he added.

Given the issues raised in the petition, Mr Otumfour believes the E-levy law should be “scrapped”.

When we realize that our profit margins are going to be impacted, our lives are also in danger, we will have no choice but to consider withdrawing our investment.

The Minority has argued that including the 1.75 percent charge in the budget for 2022 would merely increase the citizens’ financial burden.

But, according to Finance Minister Ken Ofori-Atta, the tax would raise the country’s tax-to-GDP ratio from 13% to at least 16%.

The whole of the budget has been passed except for the E-Levy, which the Minority will vigorously oppose.

The Mobile Money Association says the government should thoroughly study the levy’s effect before passing it.

In order to create a better module that does not endanger the sector, Mr Otumfour believes that more extensive stakeholder consultation is required.

“We believe that if the administration considers the following ideas, it would benefit the nation and keep us on the path,” he continued.

Mr. Muntaka Mubarak, Minority Chief Whip, informed the caucus that the administration would address their issues.