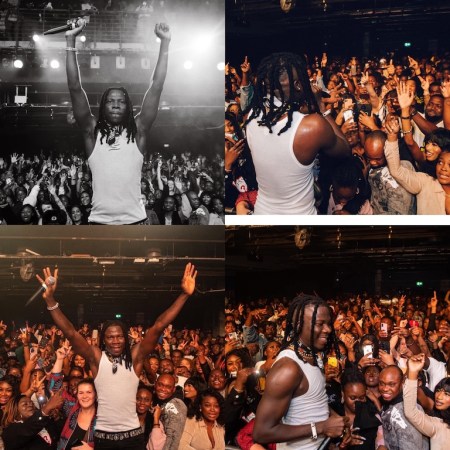 Ghanaian Dancehall and Reggae legend, Stonebwoy, brought the UK to a standstill after shutting down O2 Academy with a thrilling performance as part of his ‘Anloga’ Junction tour.

The show was scheduled as part of his Anloga Junction album tour, but it was postponed several times due to a variety of factors, and it is only now that it has been completed successfully.

A large number of people attended the show and had a great time, receiving exactly what they had requested.

Stonebwoy, who is known for being a show stopper, did exactly what he is known for and put on a real show for the crowd.

anloga junctionArticle WanStonebwoy
Previous ArticleI DATED DAVID DONTOH FOR 10 YEARS, WE BROKE UP BECAUSE I COULDN’T GIVE HIM A CHILD – Maame DokonoNext ArticleTROUBLE LOOMS AS STONEBWOY AND AYISHA MODI UNFOLLOW EACH OTHER ON INSTAGRAM