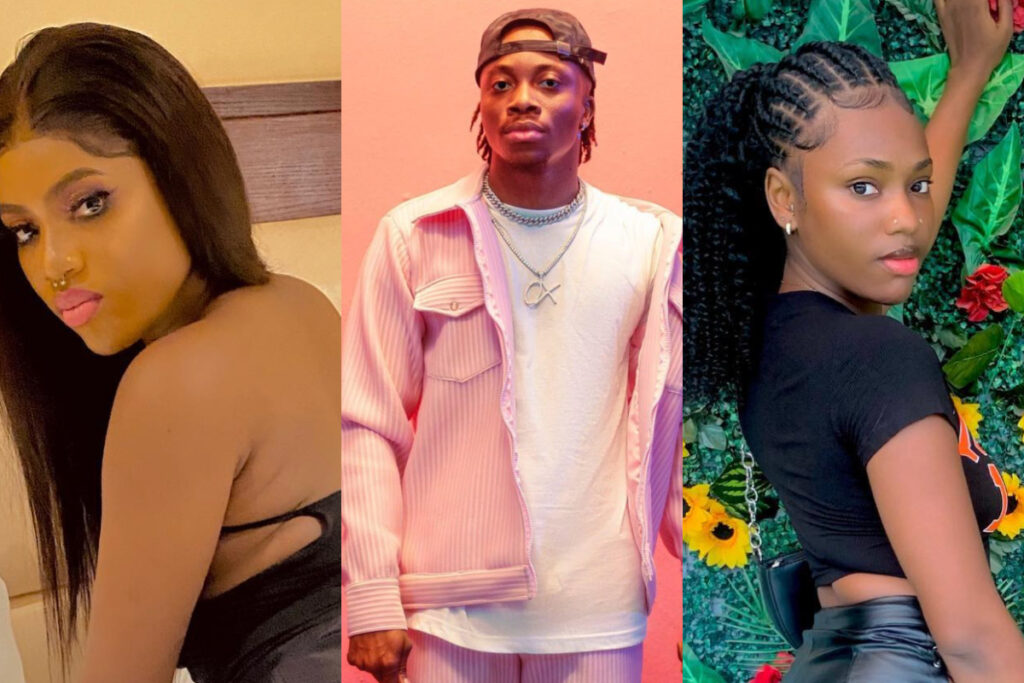 The lady who was seen in Nigerian artist, Oxlade’s leaked sex tape has vowed to sue him for embarrassing her.

Twitter and Snapchat were lit a few days ago after a bedroom video of Oxlade banging a woman was leaked.

The video went viral getting a lot of people excited as they made comparisons between his video and that of Tiwa Savage’s sex tape.

The identity of the lady who was in the was revealed which has made her more popular.

Well, the lady who uses the name “Rachyyveer is an Ivory Coast model and a brand ambassador to many products.

She has threatened to sue the musician for making her boyfriend break up with her.

According to a report by Gossipmill, the lady’s boyfriend broke up with her after seeing her sex tape with Oxlade. The lady has in return threatened to sue Oxlade for 20million Naira in damages.

Oxlade
Previous ArticleIF YOU DON’T SLAY, SOMEONE WILL SNATCHED YOUR HUSBAND WITH ALL YOUR SPIRITUALITY – Diana Asamoah Advises Christian WomenNext ArticleACCRA FM JOURNALIST ARRESTED FOR PUBLICATION OF FALSE NEWS [VIDEO]