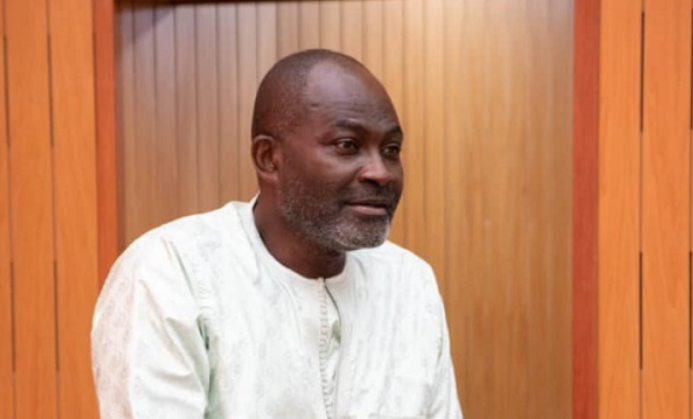 Popular politician and entrepreneur, Kennedy Ohene Agyapong has finally broken silence on his health following his break from duty as lawmaker.

Kennedy Agyapong who had traveled abroad to seek medical attention over an alleged brain tumor two months ago confirmed in an interview that he had a tumor in his brain.

The New Patriotic Party’s Member of Parliament for Assin Central constituency revealed his Ghanaian doctors advised him to undergo surgery and since it was in his brain, he flew out of the country to have it removed.

He narrated that on his arrival in the US, the doctors confirmed it and he went for the surgery successfully.

Moving on, the controversial politician slammed Prophet Nigel Gaisie for saying he is down just because of his health.

He continued that he is not afraid of death and doesn’t see why Nigel Gaisie and other Prophets in the country would be making a fuss out of the whole thing.

Kennedy explained that Nigel Gaisie as he has always maintained is a fake man of God and wonders why Ghanaians still follow and trust him.