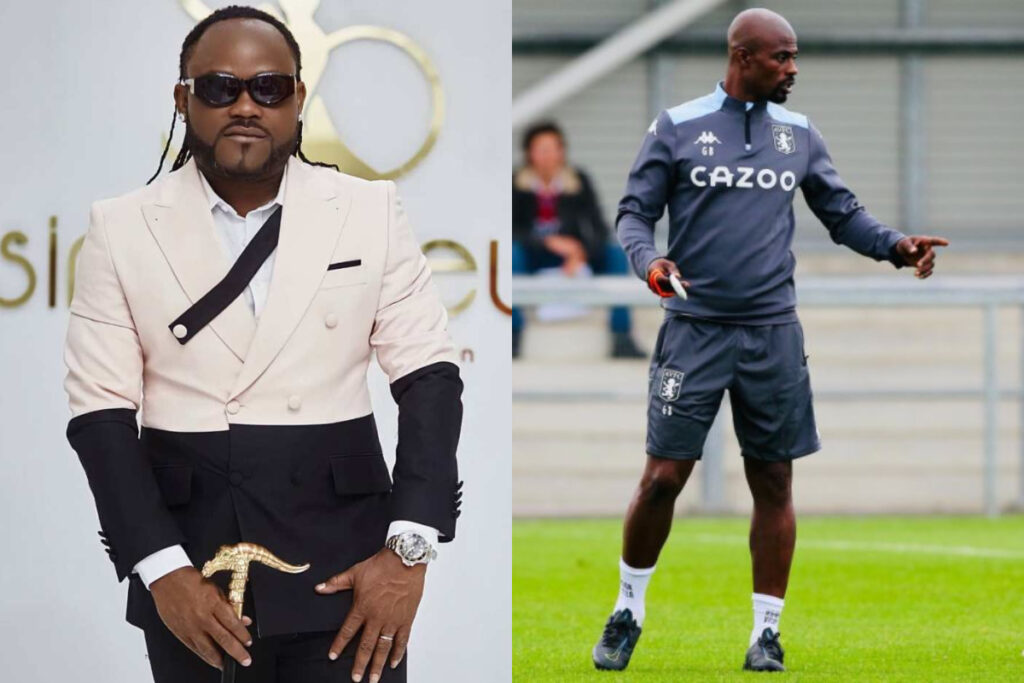 Ghanaian singer, Cartel BigJ of Praye Tie Tia fame has called on Ghanaians to now consider the adoption of a Ghanaian coach to manage the senior national team, the Black Stars.

His call coms after an abysmal performance by the Black Stars in the 2021 AFCON Cup campaign in Cameroon.

The Black Stars failed to qualify to the next round of the competition after drawing two games and losing one taking the last position in their group. A lot of Ghanaians attributed it to low quality of players whiles others blamed it on bad coaching.

Wading into this, Praye Honeho believes the time is ripe for one of our own to coach the black stars and he point to Ghanaian born Dutch international, George Boateng who coache Kelantan FC in Malaysia and is currently the coach of Aston Villa’s second team in England.

I think the time is ripe for us to give one of our own the chance to lead our national team and this time I mean someone with that international training and experience that we always seek and go in for but the difference this time around is, he’s one of our own. A Ghanaian born Dutch international @george1boateng who was the head coach of KELANTAN fc in the Malaysian league before currently coaching Aston villa second team in England. If countries like Nigeria, Senegal and Co are doing it why can’t we?.