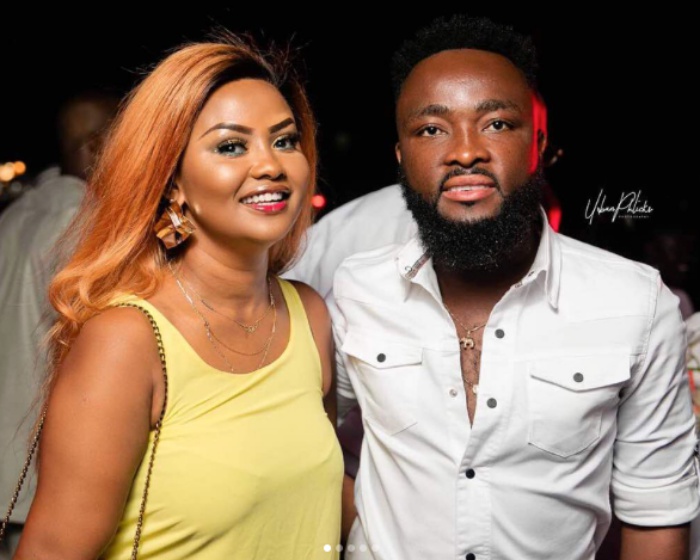 Maxwell Mensah, businessman, and husband of celebrated actress and television personality, Nana Ama McBrown has opened up on their marriage during a virtual interview with OKAY FM presenter, Abeiku Santana.

Age is but just a number in marriage but in certain societies especially in Africa, the husband must be considerably older than the wife and this has continued to be an unending conversation.

There have been speculations that Nana Ama Mcbrown married a man who is way younger than her and you would recall that Counselor Lutterodt claimed that Maxwell doesn’t have a future with Nana Ama McBrown.

“I’m telling you, that guy(Maxwell Mensah) has a good future but not with Nana Ama Mcbrown. Nana Ama Mcbrown needs somebody whose age is ahead so she could live better” Counsellor Lutterodt made these statements in one of his rants on the radio.

Speaking to Abeiku Santana, Maxwell stated that he’s not really bothered that his wife is older than him though he failed to reveal the age gap between them.

He made this statement after the host, Abeiku Santana asked him “If he is ever worried that his wife, Nana Ama Mcbrown is older than him?”