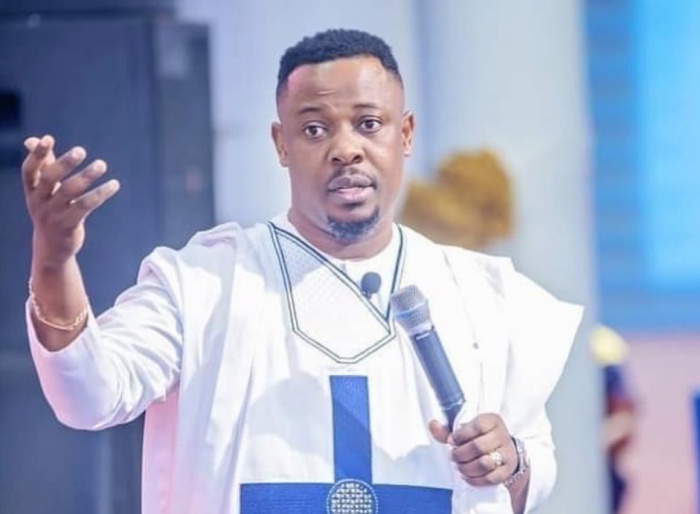 Ghanaian preacher and head pastor of Prophetic Hill Chapel, Rev Nigel Gaisie has reacted to the police’s warning to preachers ahead of the December 31 Watch night service.

The Police in a statement advised religious not to deliver doom prophecies on  31st December as they raised the issue of dealing those who will cause fear and panic among Ghanaians.

He said he is not a coward to be intimidated by the warning that has been given by the Police against the publication of death prophecies.

“I read in somewhere that you have to bring material evidence whether the prophecy. Who has ever dreamt and have material evidence of your dream. The greater component pf prophecy is dream. What they are saying doesn’t wash but for me we will have a way.

“We will cross , I will prophecy in all confidence , there will not be any shadow on that, I will speak the mind of God. Personally, I am not one of the cowards, I have been called by God, I have an assignment and whoever is coming after the church is making a big mistake,” he told TV3 in an interview.

“Almost all the leading media houses in Ghana were in my office today….NO WORRIES…..THERE WILL BE SURE PROPHCIES ON FRIDAY, NO FEARS AT ALL…..GOD IS STILL SPEAKING **Come very early because this year will be HOT*PNG.”