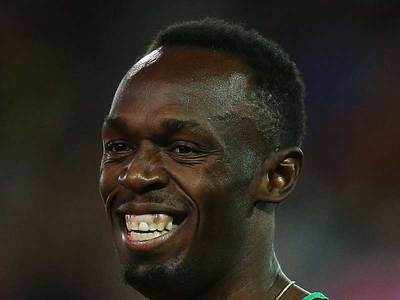 Jamaican sprint champion and gold medalist, Usain Bolt recently revealed the harrowing experiences he had with poor dental care as a child.

In an interview with The Insider, Bolt said that as a child growing up in Sherwood Content, Trelawny, substandard dental care led to damaged teeth at age 10 and “general anxiety about future dental work”.

“If you watch my career, I had broken teeth through my younger age that I couldn’t get fixed because it wasn’t easily accessible,” Bolt is quoted as saying.

In outlining the harsh conditions of Jamaican dentistry which he was subjected to as a child, Bolt said his first trip to the dentist was petrifying.

“It wasn’t a good experience as a kid to get your teeth pulled because we did not have all the necessary numbing agents to help… It was a lot more painful than it should’ve been as a kid,” he said.

It was only in 2015 that he developed the courage and decided to get his teeth fixed in Germany.

“I went to Germany when I finally decided to fix my teeth properly, and just the equipment and how it was done quickly and done well was just amazing,” Bolt told The Insider, noting that he was fearful prior to undergoing that procedure.

Usain Bolt
Previous ArticleI’M NDC’S BIGGEST THREAT– Chairman WontumiNext ArticleI’M NO LONGER LOOKING FOR LOVE, JUST SPEND MONEY ON ME BUT I WON’T OPEN MY LEGS FOR YOU– Efia Odo