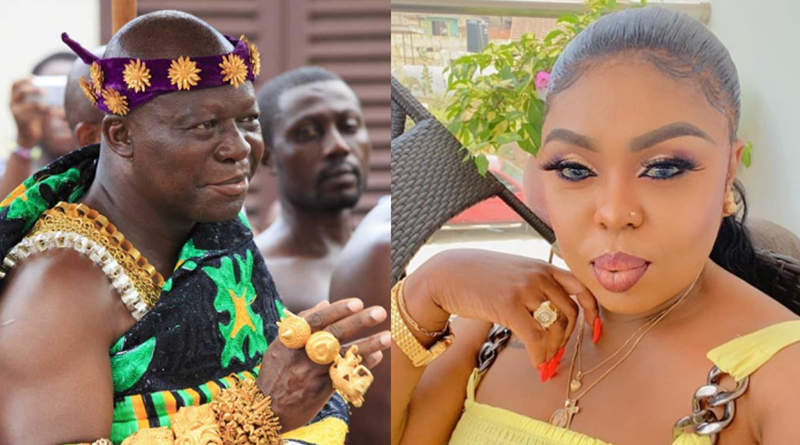 Attention-seeking socialite, Afia Schwarzenegger has disclosed that she would be the happiest woman on earth should she have the chance to have a child with the king of Ashanti Kingdom, Otumfour Osei Tutu II.

The self-acclaimed comedienne born Valentina Nana Agyeiwaa revealed that she has a crush on the Ashanti Kingdom ruler, Otumfour Osei Tutu II.

In the yet to be aired an interview with Gilbert Abeiku Aggrey Santana on the new season of the Atuu show, Afia Schwar mentioned she has a serious crush on the Ashanti King, Otumfuor Osei Tutu II, and probably, one day she wishes to have a baby for him.