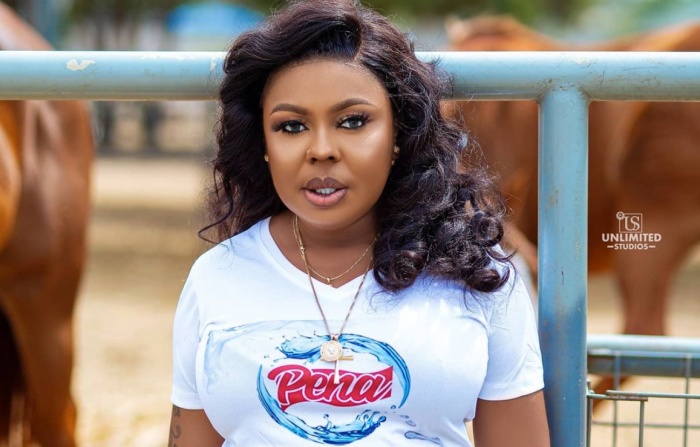 Ghanaian actress, Afia Schwarzenegger has fired back at music executive, Ayisha Modi after the latter accused her of being partly responsible for Moesha Boduong’s present predicaments.

Ayisha Modi had taken to social media and dared Afia Schwarzenegger to deny the fact that she spoke ill of Diamond Appiah who she referred to as her friend and threatened to put out videos and audios as evidence against her if she misbehaves.

Well, just as we all expected, Afia Schwar has shot back at Aisha Modi in an Instagram live and has dared her to drop all videos she claims she has against her.

According to Afia, Ayisha always wants attention because she is depressed. She also stated that she has been f*cked several times by men who don’t pay her.

Amidst other derogatory statements aimed at her, Afia says Aisha looks so ugly like a disappointed corpse.