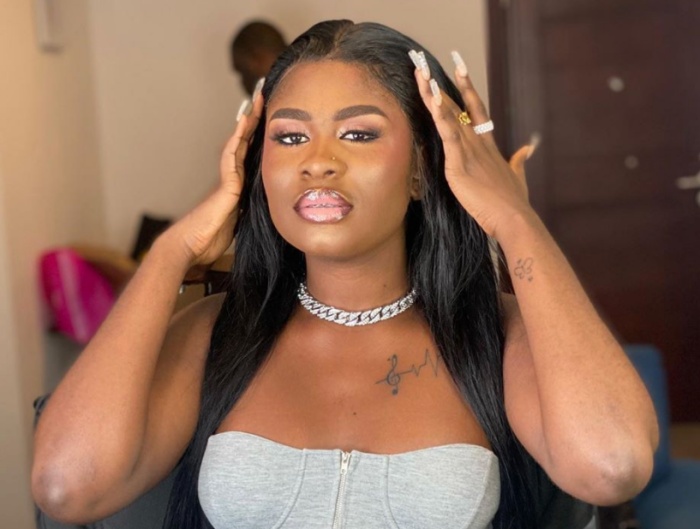 Social media has been sent agog following the change of name by Ghanaian songstress Yaa Jackson by the time you are done reading this publication, you would allude to the fact Yaa Jackson is taking a certain that only God can intervene.

Yaa Jackson who recently became the talk of social media after a video of her heavily smoking shisha as she looked high surfaced online.

In a new development, the Kumawood star and ‘Tear rubber’ crooner has done some modifications to her Snapchat account in what seems as a change from her name to a name that embodies evil.  As we speak, Yaa Jackson for obvious reasons has changed her name to She-Devil.

Not long ago, she took to her Snapchat page to tell the world that she wants to be referred to as ‘She Devil’ from hence by using that as her name on the popular app. yaa jackson
Previous ArticleSTONEBWOY’S WIFE, DR LOUISA MEETS FORMER FRENCH TEACHER WHO FLOGGED HER MERCILESSLY FOR PLACING 6TH IN EXAMS IN FRANCE (VIDEO)Next Article“I HAVE SO MUCH RESPECT FOR YOU”- Magluv Apologizes To Emelia Brobbey After She Threatened To Sue Her For Defamation [VIDEO]