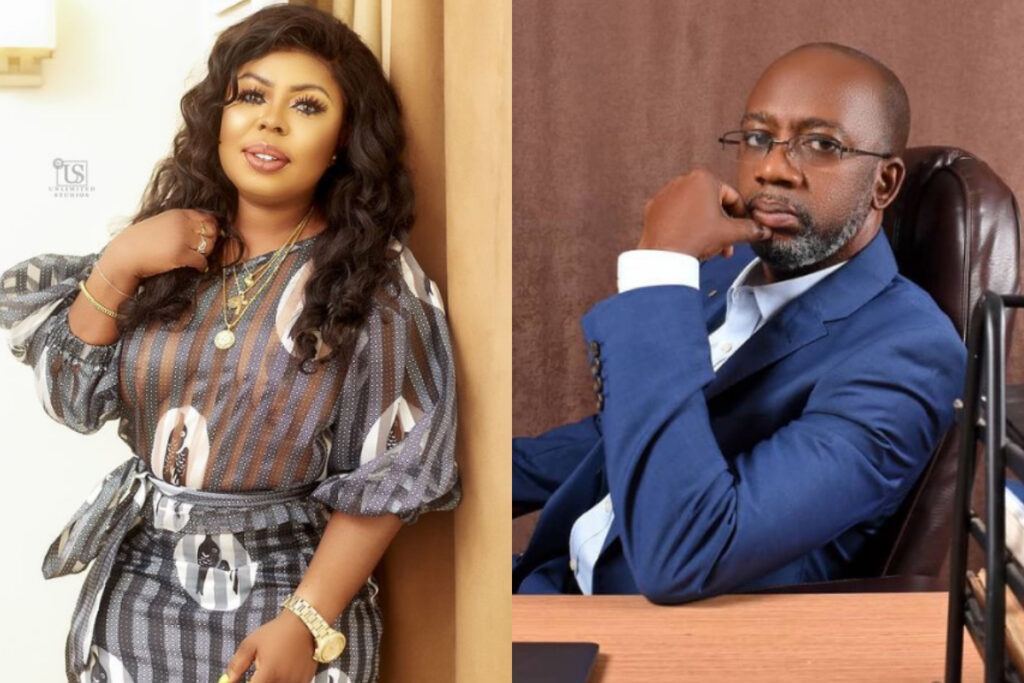 Apparently, controversial socialite, Afia Schwarzenegger created a scene during the meeting between the Inspector General of Police, George Akufo Dampare, and stakeholders in the creative arts industry.

As reported earlier, the IGP met with practitioners in the creative arts sector to deliberate on issues regarding policing in the country and the involvement of both parties.

In a recent post made by Afia Schwarzenegger on her Instagram page, she claimed she shouted at veteran musician Rex Omar who was supposedly acting pompous during the meeting.

Schwar disclosed that she was on the floor at a point to shut at musician Rex Omar because he was behaving as if he had called them for the meeting.

‘Yes I was warning Rex Omar to shut up…It was the police that invited us not him….How dare him,‘ she wrote as she shared a photo of her at the meeting.

Afia Schwarzenegger
Previous ArticleMEDIKAL AND FELLA MAKAFUI’S ACQUIRES NEW MANSION WORTH $200,000Next ArticleI’M A PRODUCT OF PEOPLE WHO HAVE NO CERTIFICATE TO SHOW – Nana Ama McBrown Says After Being Honored At 2021 GUBA Awards