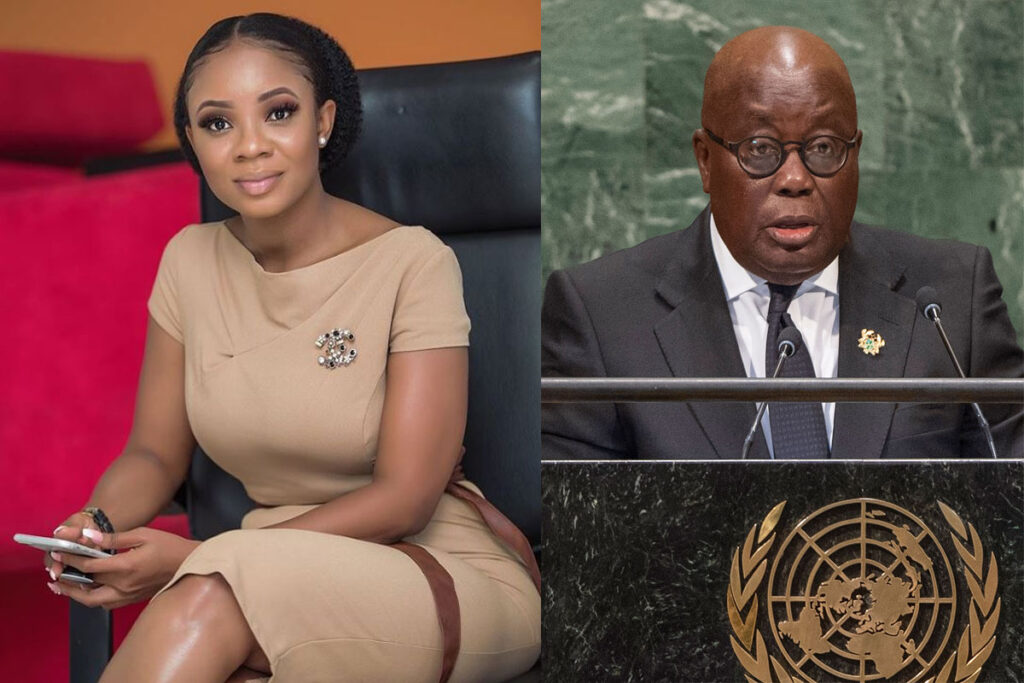 GhOne TV presenter, Serwaa Amihere has questioned President Akufo-Addo, the incumbent Chair of the Economic West Africa States, ECOWAS, after he condemned the military of Guinea for trying to stage a coup.

On Sunday, September 5 the Guinean military led by Colonel Mamadi Doubouya executed what appeared as a coup after they arrested and detained, Alpha Conde who has been president of Guinea since 2010 and also dissolved his government.

Following the incident, ECOWAS Chair, Addo Dankwah Akufo Addo released a press statement condemning the action of the soldiers and called for swift steps to contain the situation.

Reacting to the press statement, Serwaa Amihere asked President Nana Addo where he was when Alpha Conde who is currently in his third term was amending the constitution to favour him.

‘Where was the ECOWAS Chair when Alpha Conde was amending the constitution to favour him for a third term? What did African leaders or say?’