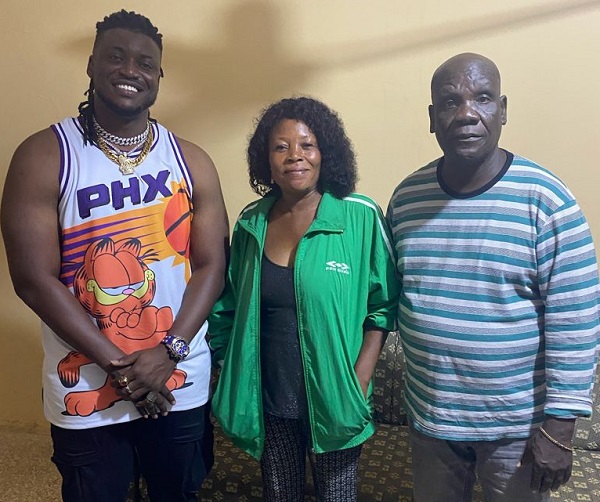 Interesting news pops up as an upcoming musician popularly known as Gambo visited the late highlife musician Castro’s parents at Takoradi in the Western Region as he went on a tour to promote his new song album.

The musician thought wise that it will very nice if he paid a visit to the parents of our legend as he has come to their hometown.

in the video which is trending on social media now, the late Musicians Father, Cofie Eshun was advising the upcoming musician Gambo and was telling him about some things that had happened.