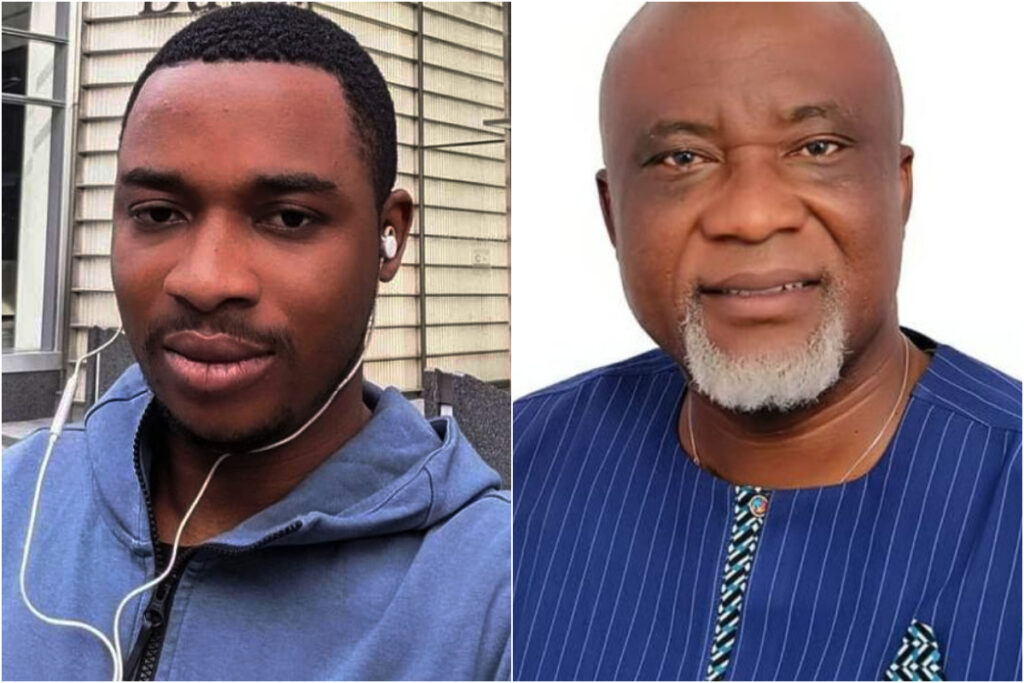 Former Member of Parliament for the New Patriotic Party, (NPP), Hopeson Adorye has exposed controversial US-based Ghanaian socialite, Twene Jonas on social media detailing his current state in the US.

Hopeson Adorye revealed in a viral video that Twene Jonas has been sacked from his workplace and claimed that Twene Jonas is living in the United States without the right documents and the police is on the search for him to deport him.

According to him, Twene Jonas has been residing in the United States with wrong papers thus the police are looking for him for deportation.

Mr Hopeson Adorye explained his mission in the US, added that the Ghanaian youth must not be fooled by the cosmetic social media shenanigans exhibited by Twene Jonas where he has succeeded in influencing and polluting the minds of many.

According to him, Twene Jonas has gone into hiding, sacked from his job, evicted from where he has been squatting and has been left with no option than to coil back into his humble shell. However, Twene Jonas has always maintained that he is in the US legally and has not used any dubious means to get in there.