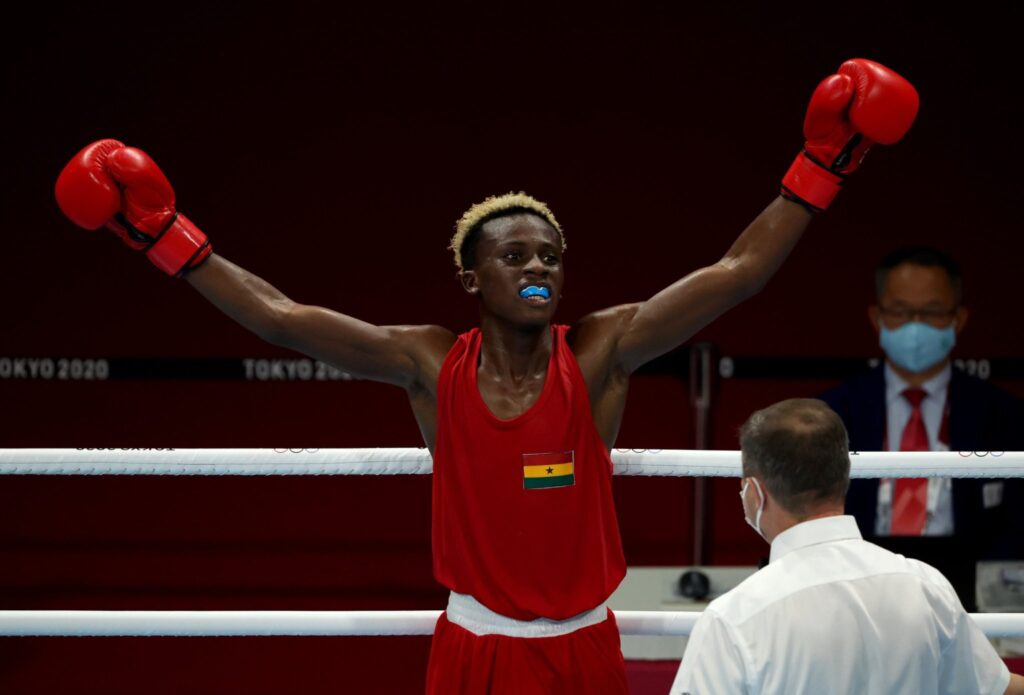 Ghanaian boxer, Samuel Takyi has made history after winning his quarter-final bout against Columbia’s Ceiber David at the Toyko Olympics 2020.

The 21-year-old boxer won the featherweight quarter-final 3-2 on points against his Columbian opponent and his means that he automatically wins a Bronze media even without fighting in the semi-final.

Samuel Takyi’s win is the first Olympics medal won by a Ghanaian in 29 years and he will face American Duke Ragan in the Semi-finals. Tue, 3 Aug- 2:30 AM

olympicsamuel takyitakyi
Previous ArticleHURRAAYY!!! NKONKONSA.COM HITS 1 MILLION FOLLOWERS ON INSTAGRAMNext ArticleYOU’LL SUFFER FOR THE REST OF YOUR LIFE – Akuapem Poloo Rains Curses On Those Who Celebrated Over When She Was Jailed