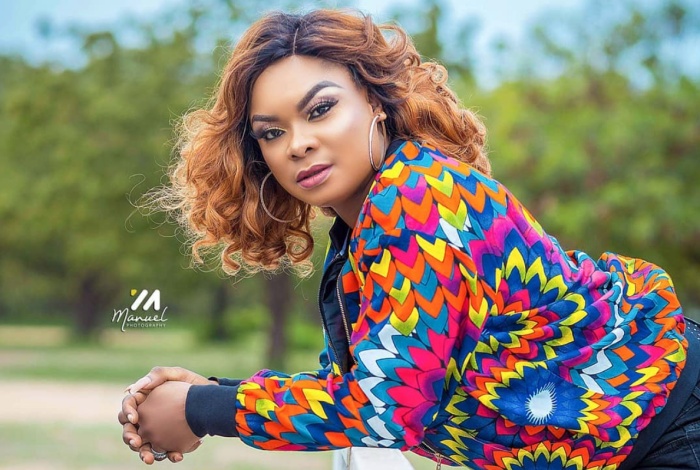 Actress Beverly Afaglo’s house caught fire a few months ago which made his management and some friends tried raising funds online to support her.

Beverly Afaglo was pushed to the wall by trolls and critics from Ghanaians which led her to suddenly end the fundraising started by Yvonne Nelson and also bragged about being rich.

“I have been driving since I was 23. I’ve never shown my car. I have never shown my house. I have never worn something which was given to me as an influencer for promotion. I am not that type. So for me to even spell things out like that should tell you where I was coming from. You were attacking my marriage, and I was trying to tell you that I work hard,” she said.

In a recent video, she said that she has no regrets bragging about being rich in the earlier video.

“I won’t retract that. I won’t change anything. If I said my father was rich, yes, he was rich. I never lied about that. My father has thirty children. So if I say he had properties and thirty people share them, how much would I even get? And if I say I am a landlady, I didn’t lie. Even if I own a single room and take rent from it, am I not a landlady? So I didn’t lie about anything.”