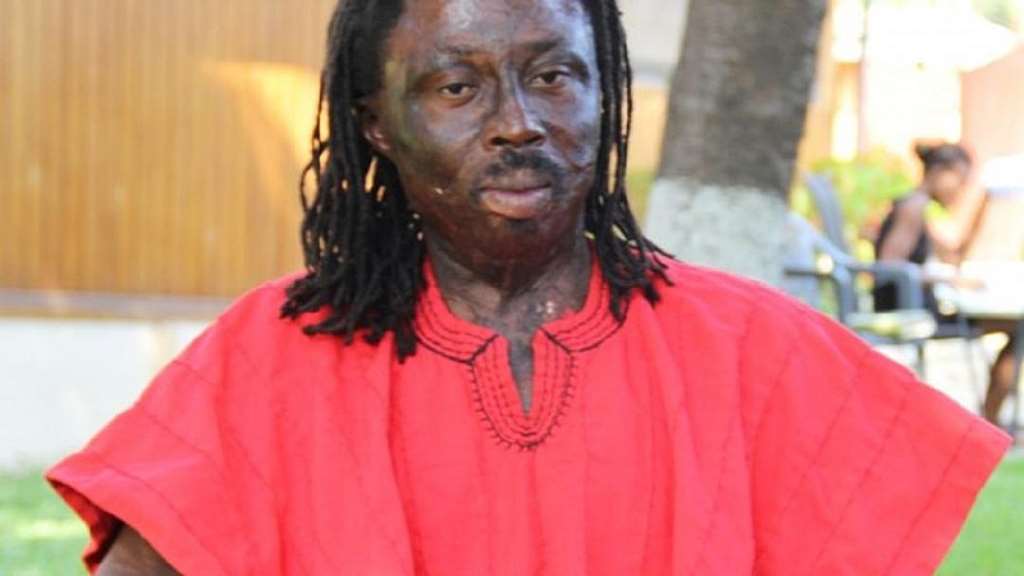 Popular Ghanaian traditional priest, Kwaku Bonsam has exposed con men who pretend to be spiritualists and go away with people’s money.

Kwaku Bonsam said in an interview that none of the traditional priest can boast of himself that he or she can make one rich through spiritual means.

He stressed on the fact that there is nothing like ritual money or doubling of a given amount of money that spiritualists can do, all these things are scam.

The famous traditionalist went on to challenge his colleagues in the act to come out with proof if they claim they can double money or charm stacks of cash. At the end of the interview, he said if there was anything like money rituals, spiritualists would have been millionaires in Africa and will be giving loans to countries.

Kwaku Bonsam furthermore said, there are means where someone can get grace and favor to live their lives to a higher level  and that is done through the sacrifice of animals to deities but it is done in a form of prayer and believing you have received what you prayed for.

“Human blood is also not required. There is nothing we do with that and I have never requested it. Ritual killings do not work. The ritualists who say they need human parts are scammers who just want to dupe people,” Kwaku Bonsam also said.

KWEKU BONSAM
Previous ArticleTIKTOKER JACKLINE MENSAH SENDS WARNING TO PERSONS SPREADING SHE IS DEADNext Article‘LET US FORGET ABOUT EVERYTHING’ -Pope Skinny Pleads With Shatta Wale So they Can Become Friends Again.