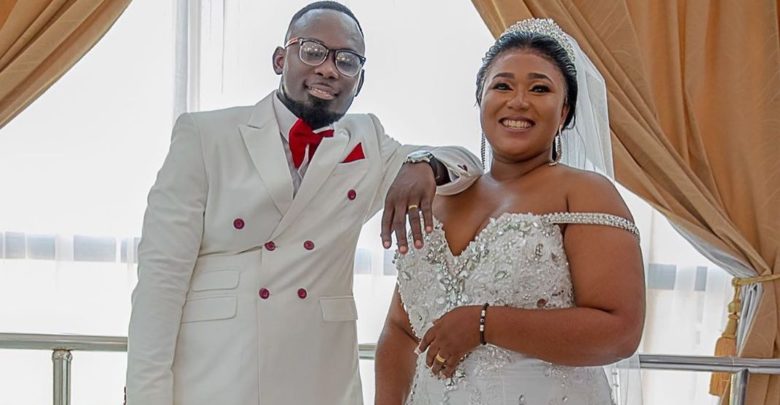 Ghanaian actress and television presenter Xandy Kamel and her husband, Kaninja are deeply enjoying themselves as a married couple as they are one year into marriage.

Kaninja, a sport presenter and journalist shared his experience in marriage for the past 12 months with popular media personality, NKONKONSA revealed that he is a matured person now.

Speaking on how he feels about the trolls and criticisms that his wife, Xandy Kamel come under on social media, he said that he understands what she is doing and for him, any time people attack his wife verbally it reflects on her bank account as the more they insult her, the more she makes money because her primary source of income is from social media.

According to fine-looking radio presenter, the main people who are affected by what his wife puts on social media is her family so if her family is okay with it, he is has no issue also.

kaninjaxandy kamel
Previous ArticleI WOULD’VE POISONED MYSELF IF I WERE ODARTEY LAMPTEY – Prophet KumchachaNext Article“THERE’S NO WAY I CAN STOP CORRUPTION, GOD HIMSELF KNOWS IT” – Special Prosecutor Nominee, Kissi Agyabeng