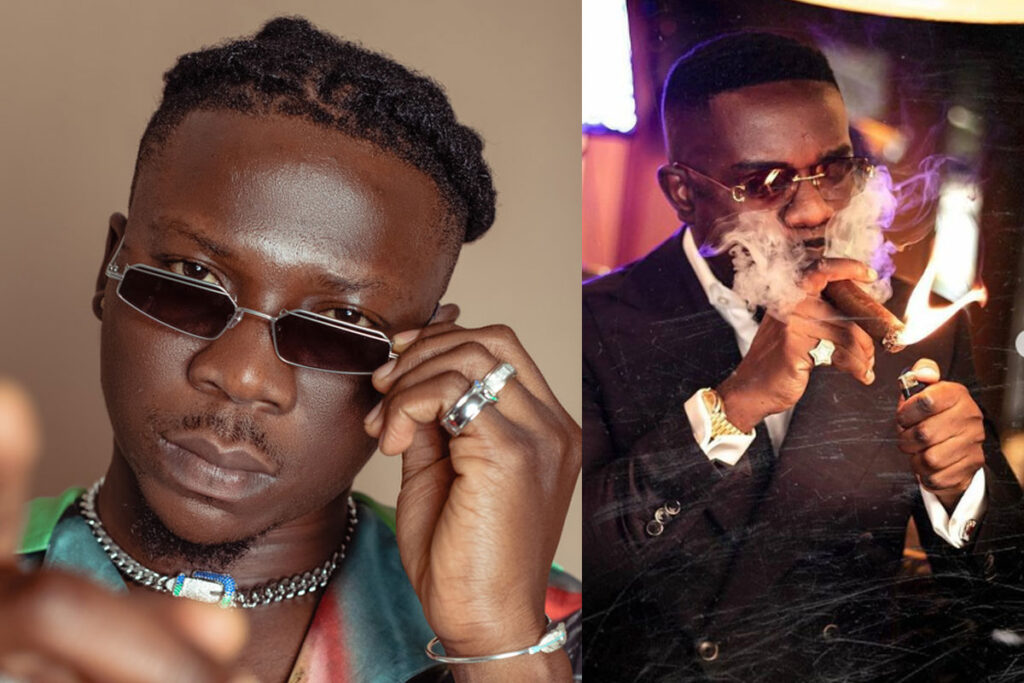 Popular Ghanaian Dancehall singer, Stonebwoy has thrown his weight behind top award-winning rapper, Sarkodie over the release of his new studio album titled ‘No Pressure’ despite their rift.

There is bad blood between Sarkodie and Stonebwoy and their rift started after Stonebwoy claimed he was disrespected by Sarkodie and his management during the rehearsals for his ‘Black Love’ concert in 2020 and ended up hitting Sarkodie’s manager, Angel Town allegedly.

Sarkodies’ ‘No Pressure’ album is the 9th album he has released in his career and stakeholders including some of his colleagues have supported in promoting the album on their respective social media pages.

Stonebwoy has joined the bandwagon to show love to him in spite of their differences as he took to his Twitter page and urged his fans to go stream his new album and this act by him shows how matured he is.

He wrote, ” Greetings World! #NoPressure The album by @sarkodie is OUT NOW! Flag of Ghana Earth globe americasRocket,”