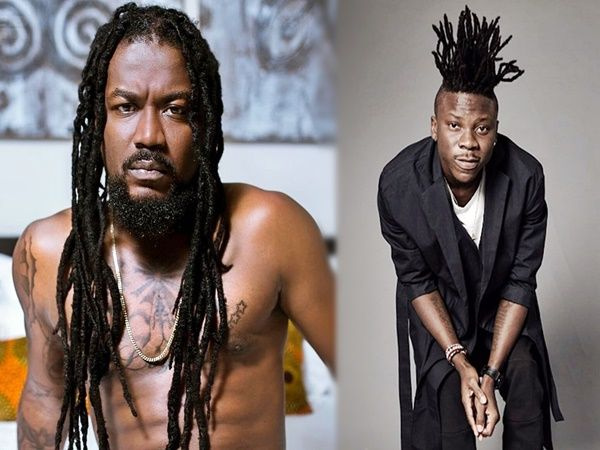 Legendary Ghanaian Reggae & Dancehall musician, Samini indicated that he is not in good terms with his protégé, Stonebwoy following their brawl that ensued a few months ago.

In an interview on Joy FM, Samini claimed Stonebwoy made some utterances about him that did not augur well with him and he is not going to deceive Ghanaians and lie to his fans that he is very okay with it.

The evergreen Reggae and Dancehall general said certain tendencies and utterances of Stonebwoy have made them drift apart and now there’s an air of animosity hovering over their heads.

“I can honestly say on Joy FM that I’m too old to sit here and lie or throw dust in people’s eyes or fake. Me and my younger brother ain’t as nice as we use to be as I use to know him because of certain occurrences I did not expect during or along the line in our careers and he had become Independent and I was also still A-List,” he began.

“He has a way of linking me on a message and I have a way of telling him to cool down, maybe don’t talk too much on the radio, maybe do this, maybe do that so if I know that I and you have that rapport and I hear you on the radio say that when you need me I’m not there it hurts,” he added.

Continuing, he said, “It makes me sick and breaks down like is he saying this to just keep the thing going? or is he saying that because now I don’t know what’s happening but it looks if I’m part of the thing then he doesn’t look as prominent in the room anymore because I didn’t get that response.”