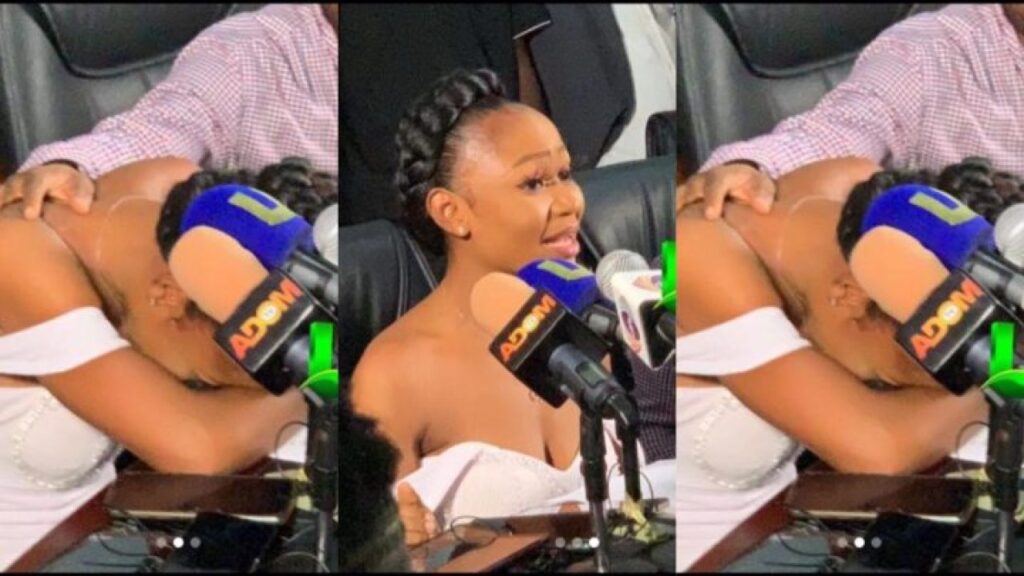 Popular Ghanaian actress and video vixen, Rosemond Brown better known as Akuapem Poloo has narrated how some colleagues in the movie industry connived and plotted against her that almost ruined a juicy deal she had in Nigeria some months ago.

In an interview on Neat FM, on Friday, August 27, Akuapem Poloo broke down as she spoke about how she is being sabotaged in the entertainment.

The mother of one told Ola Michael that she landed a broadcasting show in Nigeria and just when she was set to kick start the show, she was jailed, however, she said that the organizers of the show are still behind her and waiting for her to totally settle the case.

“The court case came across when I started the show in Nigeria,”

“As soon as I started broadcasting the show on social media, the court case fired but God is great.”

In April this year, the Criminal Court of the Accra High Court granted Akuapem Poloo bail pending an appeal after being held in staying behind bars for days for posing nude with her son on his birthday.

source:NKONKONSA.com
akuapem poloorosemond brown
Previous ArticleI WANT TO ASK SARKODIE HOW HE HAS MANAGED TO BE RELEVANT IF I SIT WITH HIM – Black SherifNext ArticleI REFUSED THE GOFUNDME ACCOUNT BECAUSE WE HAVE FRIENDS WHO CAN HELP US BETTER” – Beverly Afaglo’s Husband, Choirmaster