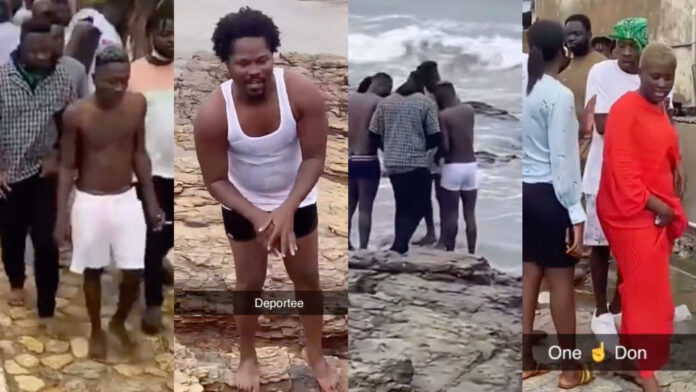 Dancehall musician, Shatta Wale and rapper, Medikal stormed the beach to perform a self-cleansing ritual following the decision of the court to grant them bail.

The two accomplices, Deportee and Gangee were also present at the beach where they performed the spiritual requirement by cleansing and washing clean following the tussle with the law.

Shatta Wale, Medikal, Deportee and Gnagee were granted a GH¢100,000 bail each by the Accra Circuit Court for respective infractions today.

Shatta Wale together with his two accomplices was arrested on October 19, 2021, after they had created a spread hoax about a gun attack on the life of the dancehall artiste.

The SM President was subsequently transferred to the Ankaful Prison and Remand Centre after he had appeared in court.