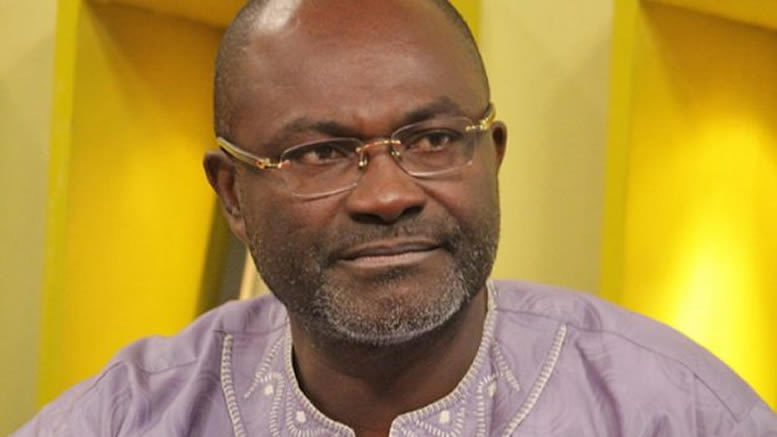 Kennedy Agyapong owner KenCityMedia has said that the NDC party wants to kill joy FM presenter Erastus Asare and hack the blame on him because he threatened him.

Kennedy said the NDC party has come together to destroy his plan because he said earlier that he will threaten to “beat the hell” out of the journalist on his television channel NET2 TV.

On the NET2 TV, he called for the journalist to be punished and dealt with for his work. According to Kennedy Agyapong, JOY FM is a corrupt FM station and they also have an agenda with the NDC government.

He also on the other handed sparked warnings to the NPP never to pay attention to the reporters of Joy FM even if they accommodate them or give them money.

Kennedy’s words have resulted in a multimedia group that is filing a complaint at the police station against him. Parliament has subsequently dragged the MP before the Privileges Committee.

Speaking in an interview on Oman FM, a radio station he owns, he stuck to his words that the NDC is against him and they are doing their possible best to put an end to the journalist to be able to seize political power and to make him and the NPP unpopular.

“NDC has held a meeting to bring me down. They are looking for a way to kill the JOF FM journalist I threatened to beat the hell out of. Yesterday, they went for a meeting and planned to kill him in order to seize political power,”

Kennedy Agyapong also said the NDC supporters at the Multimedia Group are fools and also used repulsive words in the person of Kelvin Taylor.

Remember, the killing of investigative journalist Ahmed Suale has become a burden around to the politician owning to the fact that he showed his face on TV and urged for him to be beaten.

kennedy Agyapng
Previous ArticleTHERE WILL RE-REGISTERATION OF SIM CARDS STARTING FROM OCTOBER 1, 2021 – Minister For Communication RevealsNext ArticleGHANAIN BASED-GERMANY RADIO PRESENTER POPS OUT TO SAY HE IS THE RIGHT PERSON TO GIVE MICHY THE SPERM