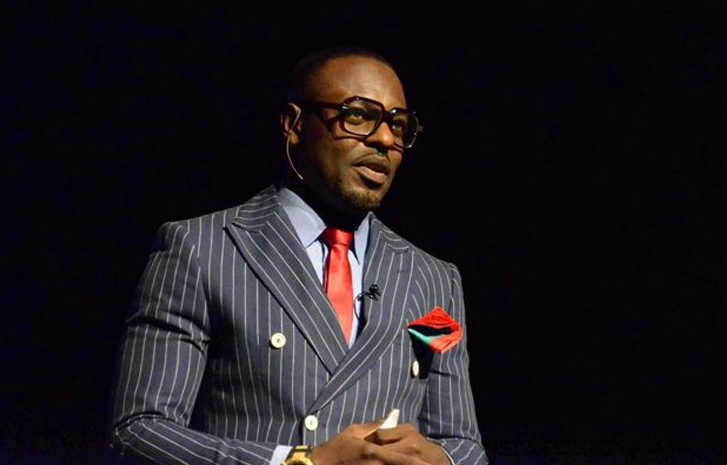 Nollywood legend, Jim Iyke has recounted an interesting story of how he once had an erection on set whilst filming a $£x scene with a Ghanaian actress.

Jim Iyke who is currently in Ghana to premiere his new movie told media personality Okyeame Quophi in an interview on Angel FM that, he could not control his libido during one steamy movie scene with a beautiful Ghanaian actress and that got his manhood rock hard.

The director, according to the actor, provoked him, by claiming that Ghanaians aren’t very good at playing that role, so he decided to make an exception to that.

He claimed that he had a conversation with the actress in question, and that they were both in accord and attracted to each other, so they performed admirably in the role, prompting the director to request that the entire team leave the room for them.

Social media users have however used the clues Jim Iyke gave to fish out two names, Nadia Buariand Nikki Simonas, both dated Jim Iyke, are Ghanaians and have shot a steamy romantic movie with the actor.

Jim Iyke
Previous ArticleSIM CARD RE-REGISTRATION BEGINS TODAY; ALL THAT YOU NEED TO KNOWNext ArticleDELAY PROMISED ME HELP BUT FAILED AND ALSO PREVENTED ME FROM GRANTING INTERVIEWS – Psalm Adjetefio Reveals