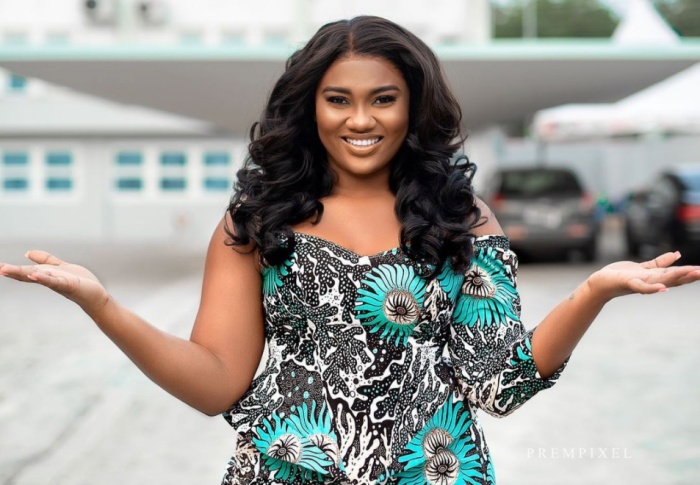 Former TV3 presenter, Abena Korkor has heaped praises on a gentleman who gave her the best pleasure she could ever have in bed during an encounter with him.

Abena Korkor who has been battling bipolar disorder for about ten years now revealed that she was well-chopped by a man today and the man was so good at it so much that he deserves a title in the Guinness books of Records.

In a recent video she shared on her Instagram page, Abena Korkor was lying on her bed and excitedly speaking highly of the man whose identity she did not disclose and she bragged that the feeling she had is better than any massage she has ever had or any spa treatment.

According to her, the best time to enjoy s3x is in the 30s as the woman would have to know her body well and know what the body required to be satisfied.

abena korkor
Previous ArticleI HAD A BEAUTIFUL DREAM ABOUT MOESHA, LET’S PRAY FOR HER – Akuapem Poloo Begs FansNext ArticleEMELIA BROBBEY SLAPS MAGLOVE WITH LAWSUIT AFTER ALLEGING THAT SHE SLEPT WITH SHATTA WALE