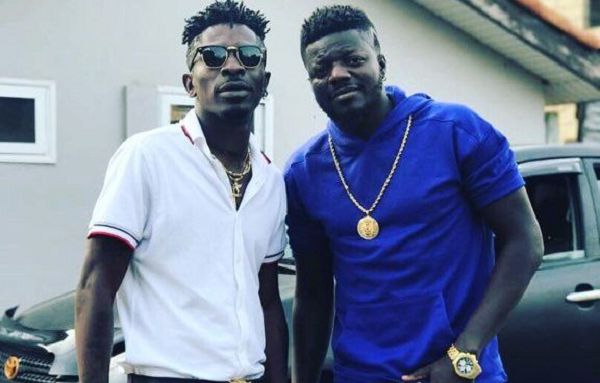 Ghanaian rapper, Pope Skinny has appealed to his former best friend Shatta Wale to let all sleeping dogs lie so they can re-unite and give their friendship another chance and forget about their beef  that took place some months ago.

The two close friends had a misunderstanding after Shatta posted on his Facebook page announcing that he doesn’t like some acts of Pope Skinny and  and the other members of the Shatta Movement family and  are no longer on his team.

After seeing the post on Facebook  Pope Skinny  got angry and dropped some secrets about Shatta that people never knew about.

Even though this has been going on for a while, the former Adom FM ‘Kasahare’ show host has finally initiated a move to bring peace among themselves.

n a recent interview, Pope skinny asked Shatta Wale to forget about all that happened when they had their beef so that they reconcile and become friends again because people loved the way they were.

‘‘Wale, let us forget everything, the way we were was admired by many, what one person has said or not said does not matter, if within your heart you believe I have not done anything bad against you, I feel the same way. Let’s cut things short and go back to being friends,” Pope Skinny said.