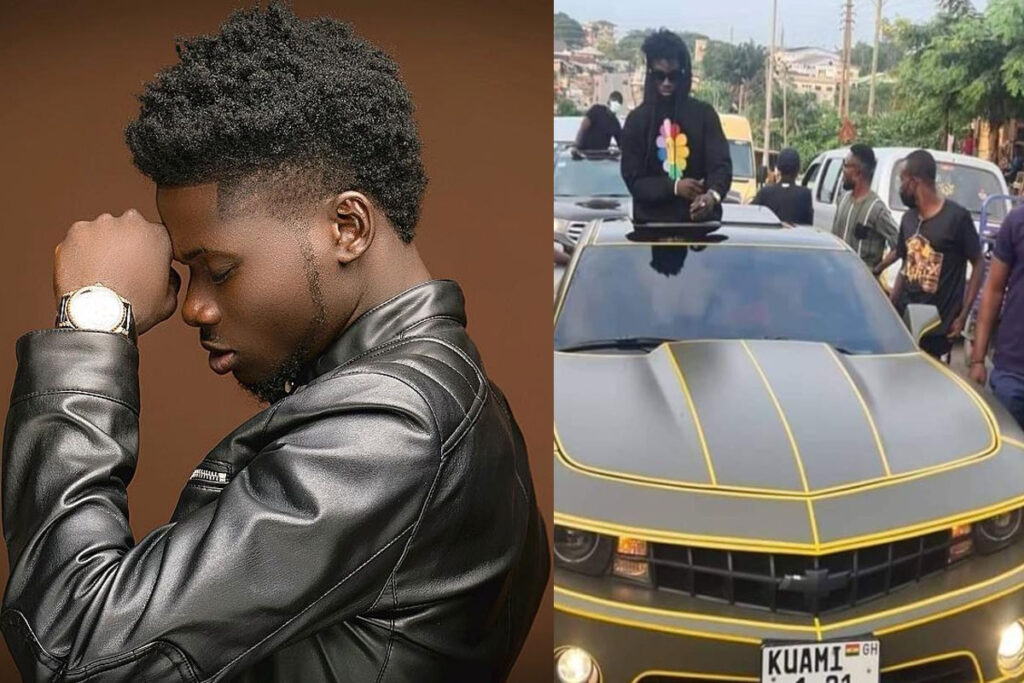 It is alleged that VGMA ‘Artiste of the Year’ Kuami Eugene was very unhappy by the reception he had when he arrived at his hometown, Akim Oda ahead of his performance.

Kuami Eugene who held a concert at Akim Oda in the Eastern region arrived in town in the afternoon and despite showing up in a heroic manner as he stood inside his luxurious Chevrolet ride, he was only welcomed by only 12 people.

According to an Instagram user identified as @bbcghana claimed that the Lynx Entertainment signee got pissed by the little or no enthusiasm from fans or residents of the community as he considered that he was raised in the community before relocating to Accra.

That predictably pissed them off to show him some pepper by boycotting him and embarrassing him nationally with that meager crowd.

“His fan base will grow again if he stops the song theft and be original like black sheriff,” one user kwabena_nitch wrote on Instagram.