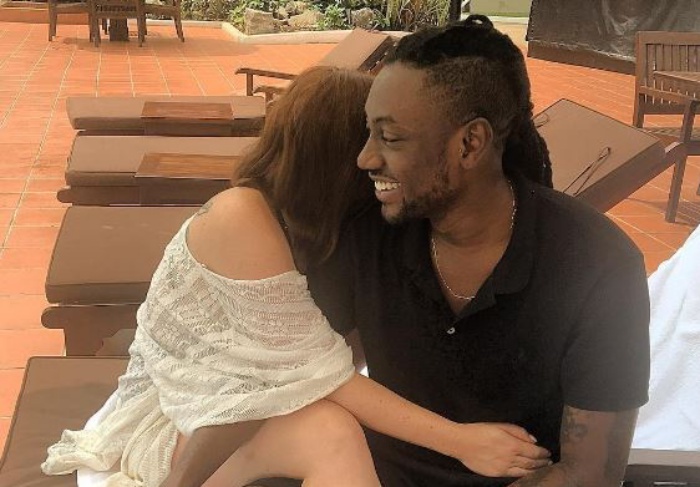 Popular Ghanaian rapper based in Italy, Pappy Kojo has dished out an advised to men in what appears as a strategy they can adopt in order to keep their girlfriend glued to them.

In a video making rounds on social media, Pappy Kojo is seen planting kisses on the neck of a lady believed to be his girlfriend.

While making love to the lady whose face was hidden from the camera, Pappy Kojo made it clear he wasn’t going to stop because he doesn’t want to get broken hearted by seeing her in the arms of another man.