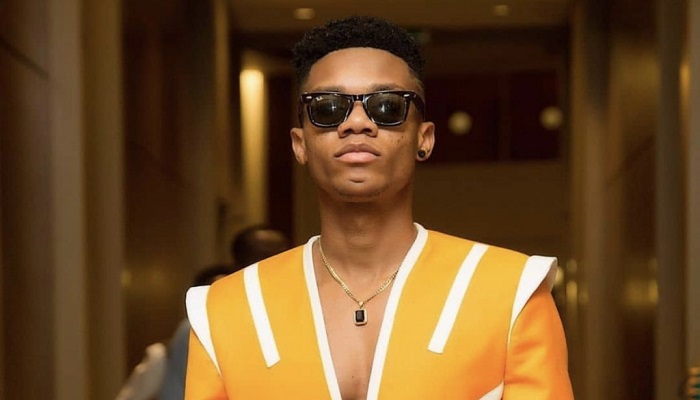 Sensational Ghanaian singer and ‘Artiste of the Year’ at 3Music Awards, Kidi has revealed that he hates his first name ‘Dennis’.

He explained that he prefers to use the middle and last name which is “Nana Dwamena” rather than Dennis because of a statement his father made about it.

Speaking in an interview on Zionfelix ‘Uncut Show’ he indicated that his father told him he made a mistake when naming him hence ‘Dennis’ adding that the father wanted to have the alphabet ‘E’ starting in all his children’s names.

According to the ‘Enjoyment’ hitmaker, all his siblings are having the ‘E’ starting in their name as they’re Esther and Elvis but Kidi didn’t join the bandwagon as planned by his dad.

Kidi however explained that he developed a hate for the first name and revealed that he didn’t change it because he didn’t want to stress himself with documentation and others.