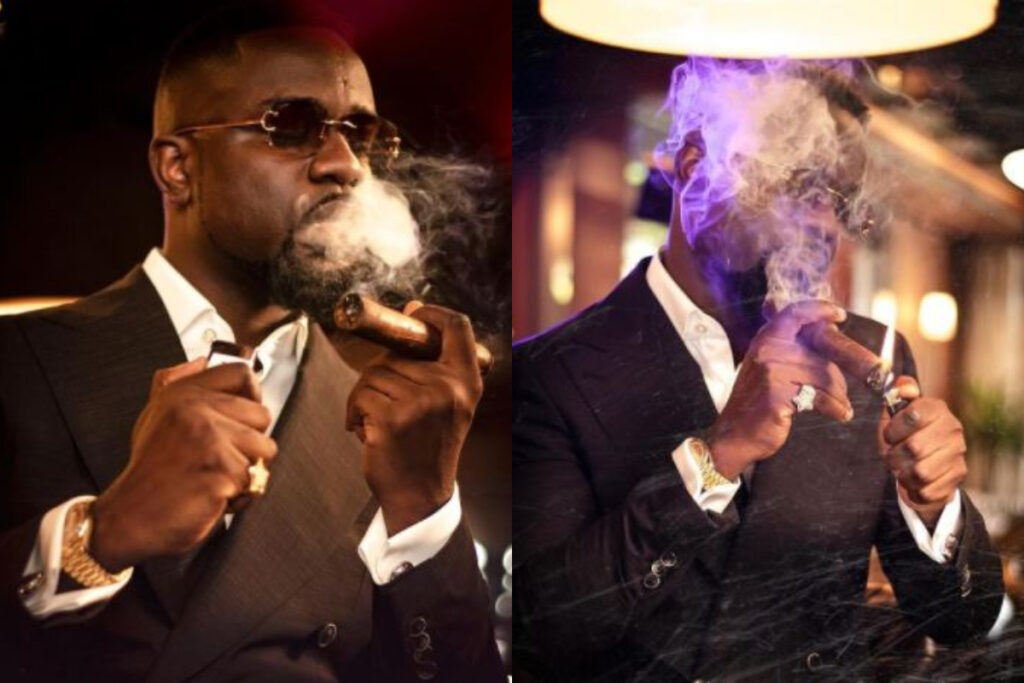 Internationally celebrated Ghanaian rapper and label owner, Michael Owusu Addo better known as Sarkodie has finally reacted to those who frowned at his photos shared on social media showing him smoking cigarette that sparked conversations online.

You would recall that some individuals of an organization registered their displeasure over his photos as they claim he is wrongly influencing the youth with the photos, therefore he must come out and render an apology to Ghanaians for holding a cigar on social media.

Speaking to Hitz FM’s Andy Dosty on Monday, August 2, Sarkodie slammed the organization for criticism him because in all these times, they have waited for this long to now come and talk just because of his social status and reminding him of his brand.

The ‘Coachella’ hitmaker said that he does not get the sense in apologizing to whoever and their call that he should apologize sounds disrespectful to him.

However, he admitted that smoking is not good and setting things straight, Sarkodie refuted claims that he is a secret smoker.

Sarkodie
Previous ArticleYOU’LL SUFFER FOR THE REST OF YOUR LIFE – Akuapem Poloo Rains Curses On Those Who Celebrated Over When She Was JailedNext ArticleCHECK OUT LOVELY VIDEO FROM FUNNY FACE’S EX-WIFE’S ELIZABETH NTIM, TRADITIONAL & WHITE WEDDING