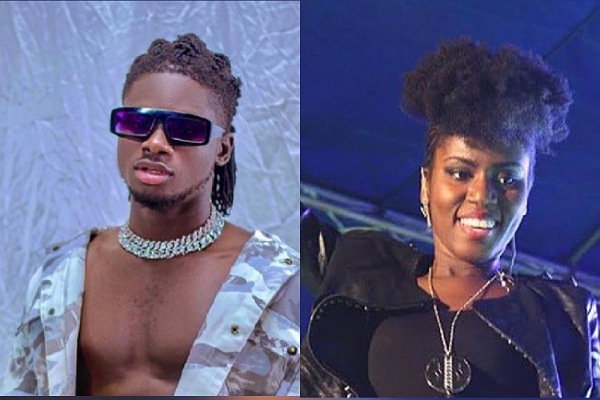 Ghanaian singer, Kuami Eugene has fired back at his former label mate, Mzvee after she claimed it is disrespectful to compare him to her.

Mzvee had said in previous interviews that she does everything on her own, unlike Kuami Eugene who is spoon-fed by his record label, Lynx Entertainment owned by Richie Mensah.

Mzvee claimed that she is still thriving in the entertainment industry without any record label as compared to Kuami Eugene where human and capital resources are readily available to get things working right from the get-go.

Reacting to her comments, in an interview with blogger, Zion Felix, the ‘Bunker’ crooner bragged that he wrote some of Mzvee’s hit songs such as ‘Come and see my Mother’ and ‘Daavi’ among others she should put some respect on his name.

“She should show a little appreciation for what i did for her, than make it seem i did nothing for her‘ he said.