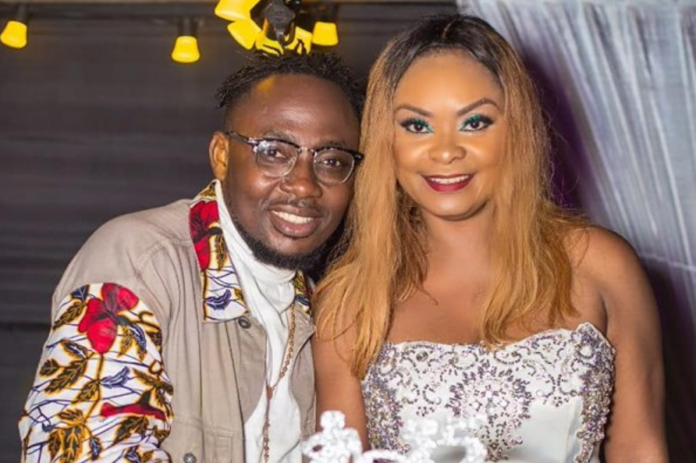 Choirmaster, Ghanaian musician and wife of actress Beverly Afaglo has revealed that initially they did not want to agree to the GoFundMe me account industry colleagues created for his wife after her house was burnt.

According to the former member of defunct music group, Praye, he never in support of the GoFundMe campaign when his industry peers informed him about it.

Choirmaster revealed in an interview with Onua FM monitored by Ghbase.com that he and Beverly disagreed with the Gofundme account set up by Yvonne Nelson and some friends. He later accepted it as a result of their friendship.

“Though we were in a position of distress, my friend would have supported me better. Beverly, our family and I agreed to take GoFundMe for camaraderie reasons,” he said.

Beverly Afaglo had earlier said although the GoFundMe account which was set up to support her recovery after her house was gutted by fire was laudable it couldn’t help her pick up her pieces.

In an Instagram video, she revealed that the account was not her idea, and even her husband opposed it. She also disclosed that the money she has received cannot rent her a house.