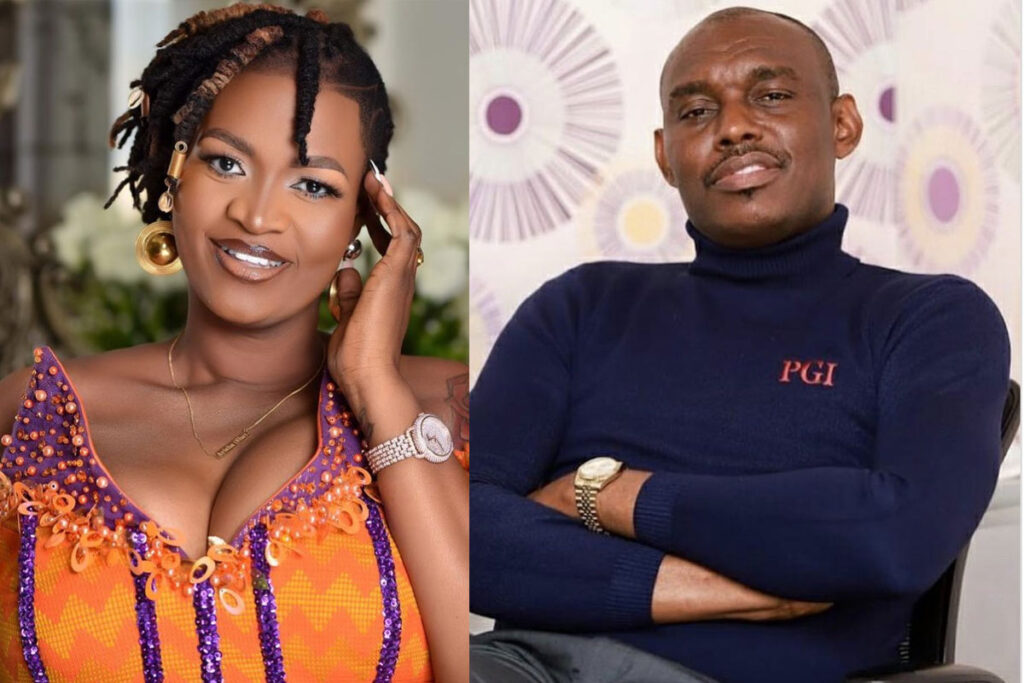 Ghanaian music executive and supporter of Bhim Nation, Ayisha Modi has called out the general overseer of Revelation Chapel International, Pastor Gabrielle and has issued a warning to him over born-again actress, Moesha Buduong.

As Ghanaians raise concern over the well-being of Moesha after a video of her sharing her old life’s experiences after revealing how she nearly committed suicide, Ayisha Modi has fingered Pastor Gabrielle claiming he has a hand in what Moesha Boduong is currently growing through.

Ayisha Modi took to her Instagram page and threatened to expose him and make life a living hell for him if he does not bring back Moesha Boduong to normal.

The executive producer of Highlife musician, Ofori Amponsah said that no one touches anybody around her and she announced her readiness to fight him spiritually and physically.

“ I don’t know who u are pastor and I Ayisha don’t really care who u are. If only u don’t want me to shake Ghana for u to leave our dear sister alone. Pastor Biko don’t let me come live for u. Leave our precious sister to us, if only u don’t want me to tell the world what is going on. Biko respect yourself and bring @moeshaboduong back. I swear to u with my life, This fight is me and u paaaaa.

I give u 24 hours to bring Moe back if not Ghana will be too hot for u. Dare me! I have been very quiet 🤐 about a lot of things going on. Don’t let’s us fight this spiritual fight Biko. Noone touches anybody around me I Repeat with so much boldness No one touches anything that belongs to me. If u have ears listen wai. I will fight u spiritually and physical. I give you 24 hours. And listen don’t u ever put a camera on Moe to tell us she is a grown up.”