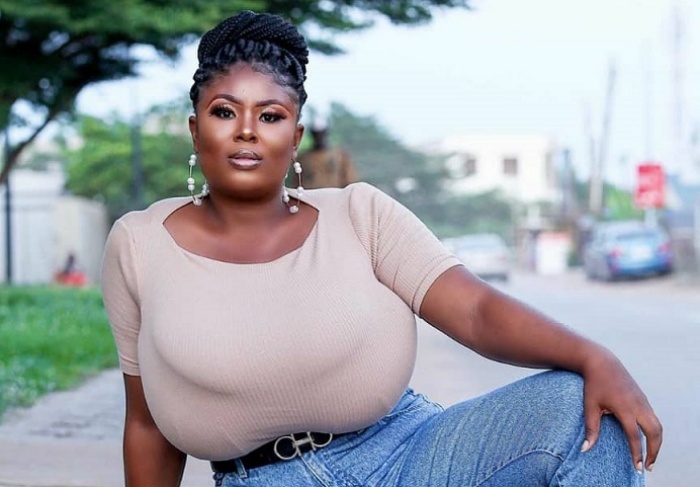 Fast-rising Ghanaian photo model and video vixen, Millicent Paticia Amoah who became the talk of social media after a video of her dancing to Okyeame Kwame’s ‘Yeeko’ song has opened up on her life and shared light on her humongous chest.

In a recent interview with SVTV Africa, Millicent Paticia Amoah debunked notions that she went under the knife or injected her b00bs to have it big.

According to her, her b00bs is natural as she was born with it and revealed that it began developing big when she was in senior high school.

Paticia revealed she broke up with her boyfriend because he was not proud of her looks as she claimed her ex tried to persuade her to undergo a surgery and slice off some fats from her b00bs and push it to her butts so her backside can be big.