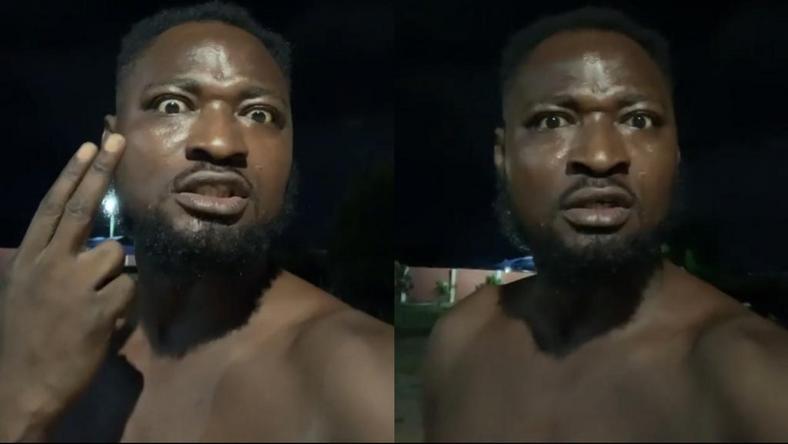 Embattled Ghanaian comic actor, Benson Yaw Boateng AKA Funny Face has made a startling and worying revelation about the current state of his life.

According to Funny Face, he’s fed up considering the spiritual, emotional and physical battles he keeps facing in recent times.

He made the above-mention revelation in chit-chat with Kofi Adomah of Kofi Tv fame. In the same interview, he rendered an unqualified apology to Fadda Dickson and Bola Ray for insulting them.

Meanwhile, Funny Face has been picked up by personnel of the Criminal Investigative Department of the Ghana Police Service right after his interview on Kofi TV.

Funny Face
Previous ArticleI NEED TO BE ARRESTED TOO’ – Shatta Wale Reacts To Arrest Of Jesus Ahuofe, Set To Report Himself To PoliceNext ArticleSHATTA WALE’S ACCOMPLICES NANA DOPE AND GANGEE ARRESTED BY THE POLICE FOR SPREADING FALSE INFORMATION