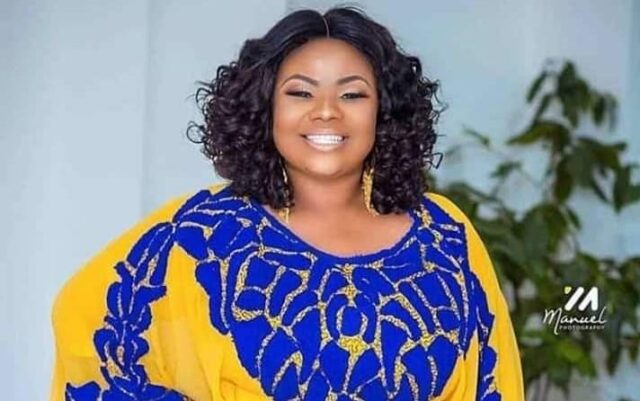 Award winning Ghanaian musician, Empress Gifty has taken a swipe at her colleague gospel musicians as she describes them as hypocrites in new interview.

Speaking on the XZone show on TV XYZ captured by Ghbase.com, Empress Gifty as the hypocrisy among gospel musicians is too much and they think they are the holiest set of humans on earth.

She intimated that Shatta Wale, Sarkodie and others are some of the secular musicians she loves to roll with because they are friendly.

I’m being honest, I’m very close to secular artists than my colleagues. Yes. Shatta, Sarkodie, like I’m cool with them. We are close because I think I’m too real and I don’t fake. I won’t meet them and start praying in tongues I’m not the one to tell them they don’t leave in good structures no.”

“This world we live in, no one is holy. We don’t have any righteous person so stop defining yourself as Spirit-filled, Holy Ghost, forget about that thing, we dealing with the heart. The person I might be judging may have a clean heart than me so I love them regardless.”

The wife of the former MP disclosed that she will have no problem featuring secular artists because she knows they are humans and moreover, she has recorded a couple of songs with some of them.

“Oh this not the first time, I’ve done it before I did with Dadie Opanka on abubro nkosuo, I won’t sit here and say anything for someone to say I’m lying. I believe in music I believe in words, everytime I say it’s the mind and what you think of the person makes everything a sin or truth. Have you listened to the content of the song? It’s the content that matters. The person has his reasons for singing that particular song, so far as the person chose you amongst the lot for a feature, support the person to sing the song. I want to ask one thing am I God to judge them?

“God didn’t come because of righteous people so I’m not the one to judge anybody in this world. No. If the persons song will promote my genre and all, why not, I will help the person. I will do it, this not my first time, I’ve done it before.”