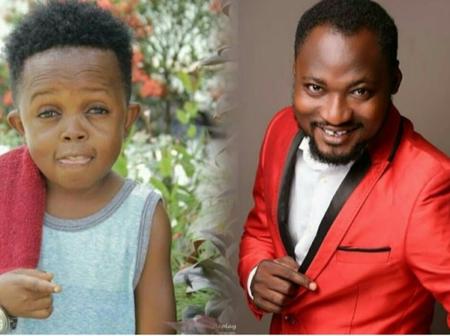 Popular diminutive actor, Don Little has shared an insight into the current state of his benefactor, colleague, and friend, Funny Face in a new video.

Speaking to Mona Gucci in an interview, Don Little said what his boss is going through is nothing but spiritual.

According to Don Little, what Funny Face does on social media isn’t his will as he’s being controlled by spiritual forces and he pointed to the fact that Funny Face has been to a mental health facility but the problem still persists hence, he need to be cured through spiritual means.

He stressed that someone is behind this as the person has taken him somewhere spiritually.