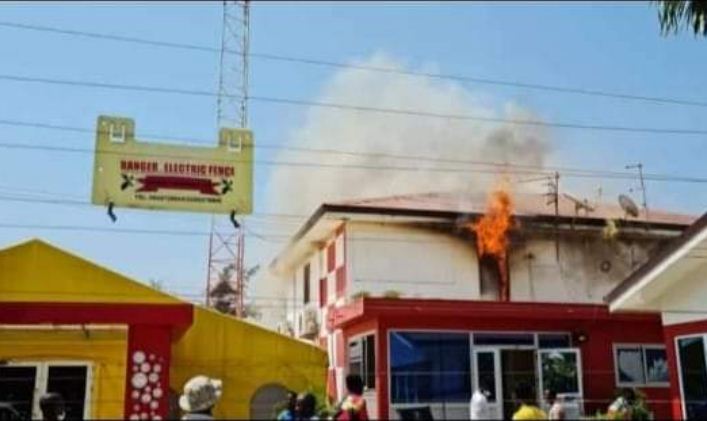 The fire which swept through the Master Control Room (MCR) and one of the studios was quenched by the Fire Service of Ghana.

Although it is unclear what caused the fire, some police officers say it started from one of their offices and extended to other parts of the facility.