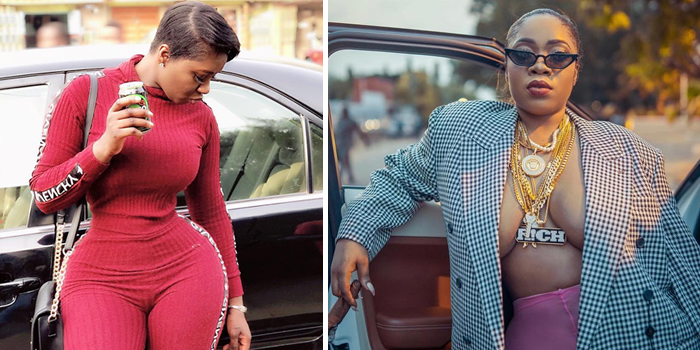 Gambian-born Ghanaian actress, Princess Shyngle has come out on social media to share evidence that Moesha Boduong actually sold her properties and gave her money her church pastor.

Princess Shyngle in a live Instagram video shared audios o voice notes indicating how Moesha Boduong gave out all her properties to the Revelation Church, led by Pastor Gabriel as shut down the claims by the church in a press release stating that they have not collected Moesha’s cars or houses.

As reported earlier, top Ghanaian model, Victoria Michaels vehemently refuted the reports rife on the internet that Moesha sold her properties and gave the proceeds to the church.

The curvy actress wondered if the church hypnotized Moesha for her to accept to sell her assets and give the money to church after her repentance.