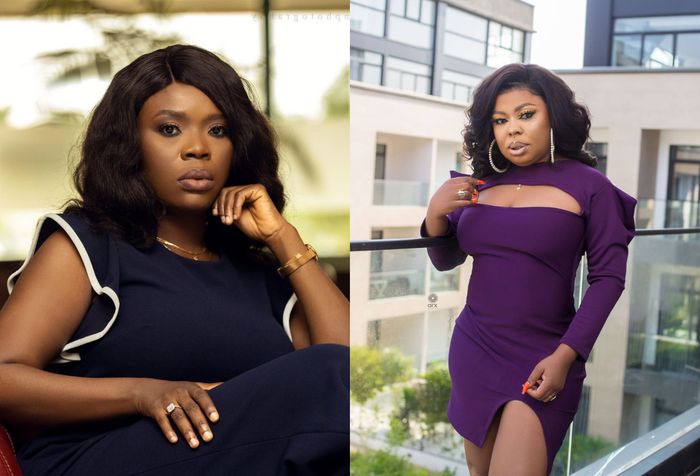 Controversial Ghanaian comedian and television presenter, Afia Schwarzenegger has launched retaliatory attacks on her former boss, Delay after the latter referred to her as ‘borla’ bird.

In the last edition of the Delay show, the radio and TV personality described her main adversaries, Afia Schwar, Tracey Boakye and Diamond Appiah as Borla Birds; dumpsite-feeding birds while elevating herself as an Eagle.

Per the subject of this report, Afia alleged that Delay offered her p*ssy on a silver platter to Ghanaian defender Jonathan Mensah to eat but he refused.

Jonathan Mensah is a Ghanaian professional footballer who plays as a defender for and captains MLS club Columbus Crew. He previously played for AshantiGold, Free State Stars, Granada, Evian, and Anzhi Makhachkala.

As seen in this video, Afia hurled obscenities at Delay- the very person who single-handledly brought her into the mainstream showbiz.