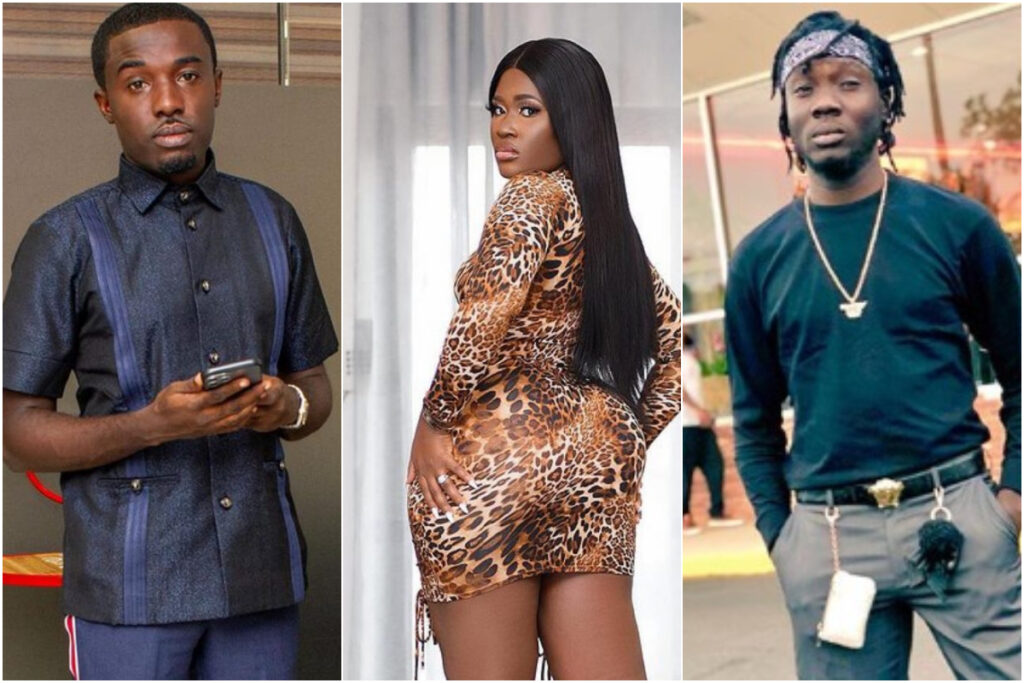 Ghanaian rapper, Showboy who is currently in a US prison serving his jail term after being linked to the death of Junior US has made a startling revelation about her former friend, Criss Waddle.

Showboy alleged on his Twitter page Criss Waddle had an amorous affair with his label signee, Medika’s wife and actress Fella Makafui.

According to the founder of Hype2Gang Criss Waddle ch0pped Fella Makafui before she got married to Medikal in 2020. Criss WaddleMedikalshowboy
Previous ArticleKIDI REVEALS HE HATES HIS FIRST NAME ‘DENNIS’, SAYS HIS FATHER CLAIMS HE MADE A MISTAKE WHEN NAMING HIMNext Article“I SENT MY DAUGHTER FLOWERS AND CARD ON HER BIRTHDAY BUT SHE DID NOT RESPOND” – Meghan Markle’s father laments