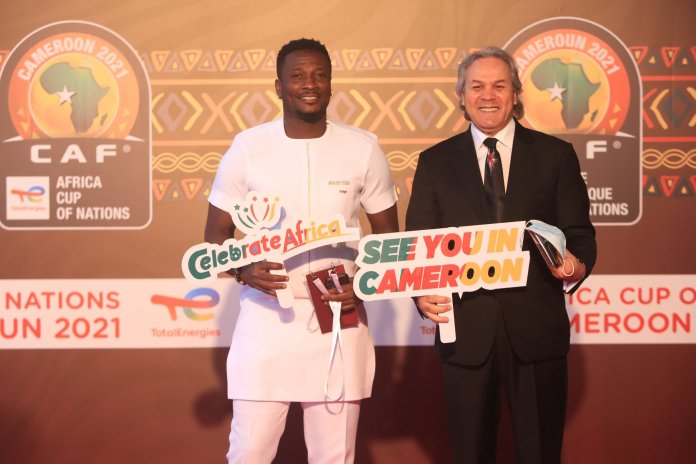 Ghanaian footballer and former Black Stars captain Asamoah Gyan, was honoured at the just ended 2021 AFCON draw which was held on Tuesday, August 17, in Yaounde, Cameroon.

Asamoah Gyan was part of the special African footballers who were specially invited by CAF to partake in the draw.

The Confederation of African Football (CAF) recognizes Ghana forward Asamoah Gyan as one of the most illustrious footballers of his generation and as a result, has placed much respect on his name as they declared him a legend.

Other football icons who were were also honored at the draw were Didier Drogba, Rabah Madjer, Samuel Eto’o, Rigobert Song, and Roger Milla. Asamoah Gyan
Previous Article“KISS YOUR GIRLFRIEND DAILY BEFORE SOMEONE ELSE TAKES HER FROM YOU” – Rapper, Pappy KojoNext ArticleIF YOUR MAN DOES NOT POST YOU ON SOCIAL MEDIA, TAKE HIS PHONE, GO LIVE AND INTRODUCE YOURSELF’– Delay Tells Women