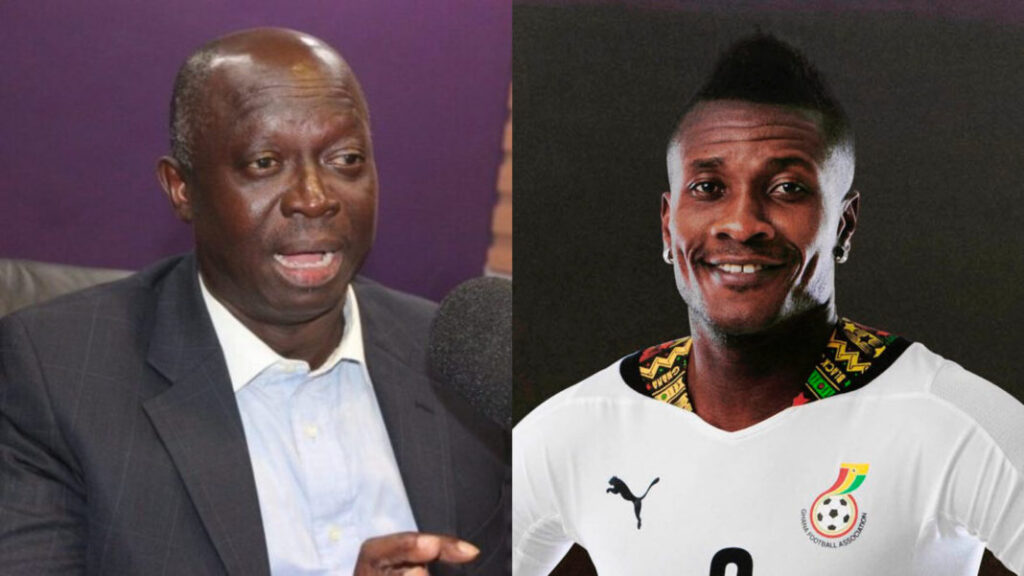 The President of the Ghana Sports Writers Association, Kwabena Yeboah has beckoned on the Ghana Football Association to call former Black Stars captain, Asamoah Gyan back to the national team if Ghana desire to emerge as winners of AFCON 2021.

Asamoah Gyan who claimed has not retired from football and is still working to get back in top form so he can put out his best in subsequent games as he has gained weight did not rule out his hopes of making it to the Black Stars team for the 20021 Africa Cup of Nations tournament in Cameroon next year.

“I would like to urge the FA to make Asamoah Gyan a part of Ghana’s team for the Cup of Nations. If not to play he has a wealth of experience and has a lot of inspiration to give to the players. His presence alone can serve as great inspiration for the players so I want the FA to make him a part of team Ghana,” he said on Joy FM.

“His expression of desire to play again for Ghana shows his level of passion and commitment to the national cause. I guess it’s the reason he gets maligned, castigated and lampooned for the least he does.”

“Considering that he is Ghana’s all-time top scorer and highest scoring African at the FIFA World Cup tells us that it is no easy achievement.”

“As to whether he is ready to don the national jersey again is another conversation altogether,” the SWAG. President added.