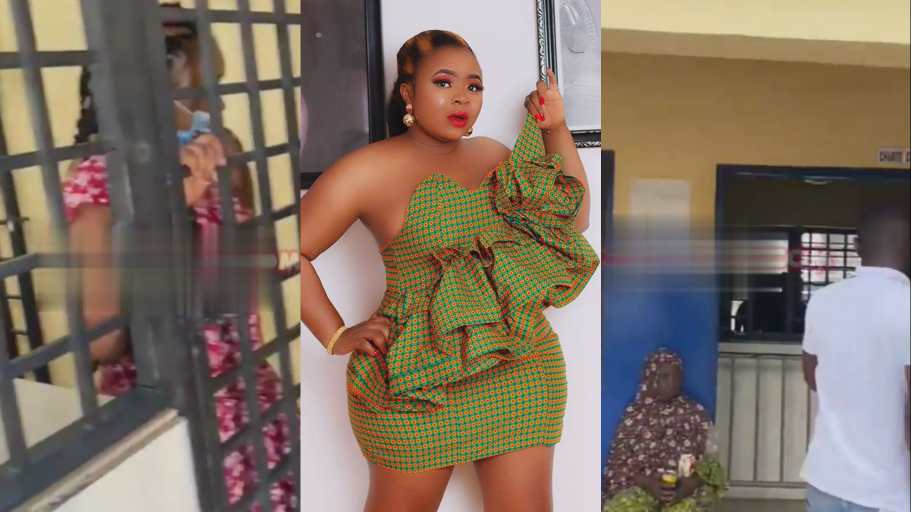 Event organizer/entrepreneur, Adu Safowah has returned to bragging ways after being granted bail following her arrested yesterday for allegedly blackmailing one Nana Doe, who is reported to be the lover of Nana Aba.

Adu Safowaa allegedly defamed some personalities in a viral video she shared on her Instagram page including the Managing Director of GHOne TV, Nana Aba Anamoah, and her alleged boyfriend, Nana Doe.

In a video that was recorded at the police station by her friend Mona Gucci soon after she was released from cells, Adu Safowah was heard bragging about being an unmoved mountain.

In her own words, she was heard asking what rains/water could do to a stone, to wit, she is a strong force to reckon with.

While Adu Safowah bragged in the video, Mona Gucci in a hilarious way was also heard asking her to change her behavior before she ends up spending about six years behind bars.

adu safowaa
Previous ArticleYOUR GIRLFRIEND DOESN’T POST YOU BECAUSE SHE’S STILL LOOKING FOR A BETTER PARTNER WHO MATCHES HER BRAND TO POST -StonebwoyNext ArticleBIG AKWES IS THE DEVIL HIMSELF, HE SLEEPS WITH SNAKES FOR POWERS – Kumawood Actor Reveals