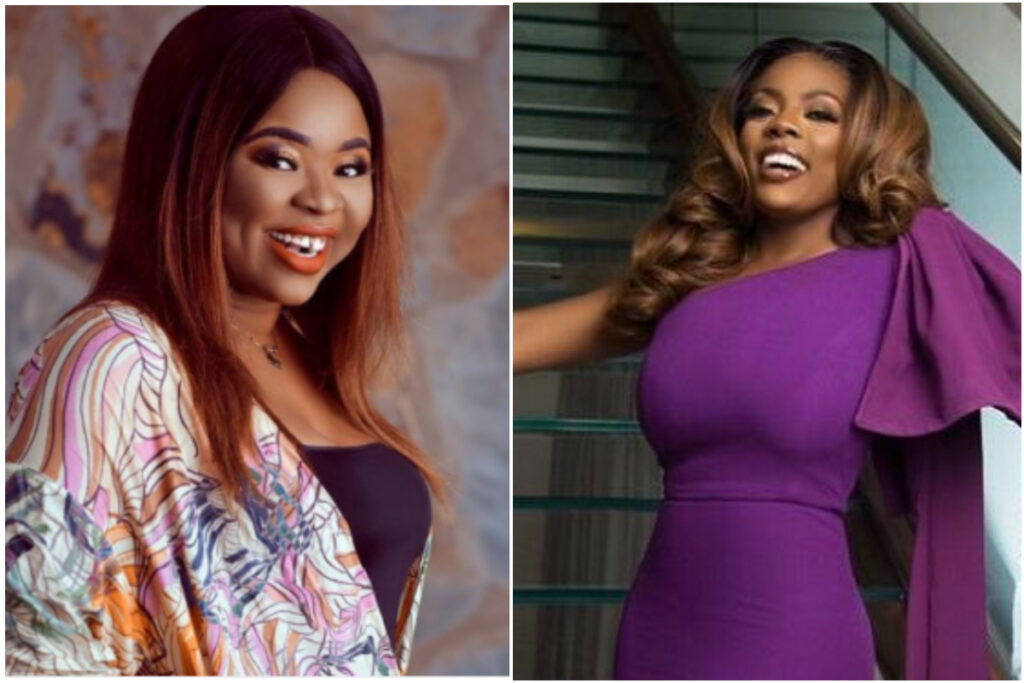 Ghanaian socialite and commercial actress, Adu Safowaa has tendered an unqualified apology to ace journalist and television presenter, Nana Aba Anamoah after falsely accusing her of trying to snatch her boyfriend from her.

Adu Safowaa claimed that Nana Aba Anamoah was stalking her boyfriend and the Range Rover she was showing off belonged to her boyfriend.

In a recent post made through her management, Adu Safowaa postulated that all the claims and allegations she made against Nana Aba Anamoah were but for publicity as she has a new television pageant show she wants to roll on TV.

Her management also apologized to Nana Aba’s alleged boyfriend, Akwesi Kumi alias Nana Doe, a businessman, for humiliating and embarrassing him after rumors emerged that the gentleman involved in the whole thing was hunting for her to arrest her.

Everything she said was false, including sharing the person with Nana Aba, and she has tainted the young man’s good name, which means she has ruined his business and relationship with Nana Aba, according to the apologies.