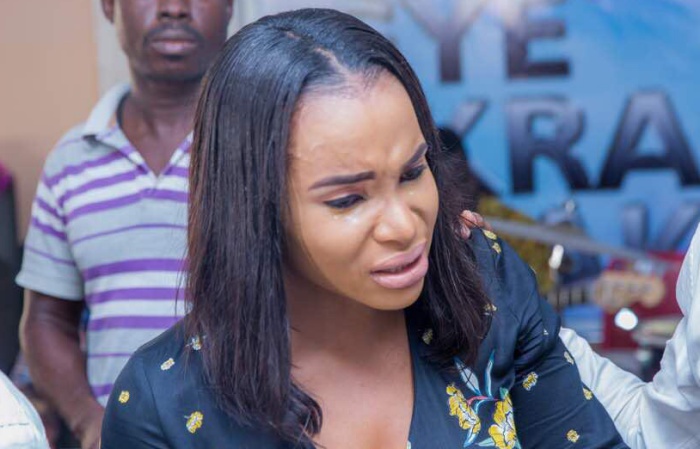 Actress, Benedicta Gafah has announced the demise of her dear, father.

She announced the unfortunate demise of her father over the weekend on Saturday, October 16, 2021.

In a now-deleted post, she prayed for her dad’s soul to rest well as she cried why he left at this time.

This is the second major death the 28-year-old has been hit within less than a year according to Adomonline.

In October 2020, she took to social media to mourn the death of her best friend of eight years, Esther Maame Esi, who was killed in a car crash.

She died few hours after she spoke to her on phone, before embarking on the journey that she never returned.

Previous ArticleDEPRESSION IS AN EVIL FORCE, IT HAS RENDERS ME USELESS – Funny Face Shares Sad ExperienceNext Article“HE HAD A BIG CUCUMBER” – Stephanie Benson Says After Getting Intimate With Male Fan During Performance [VIDEO]