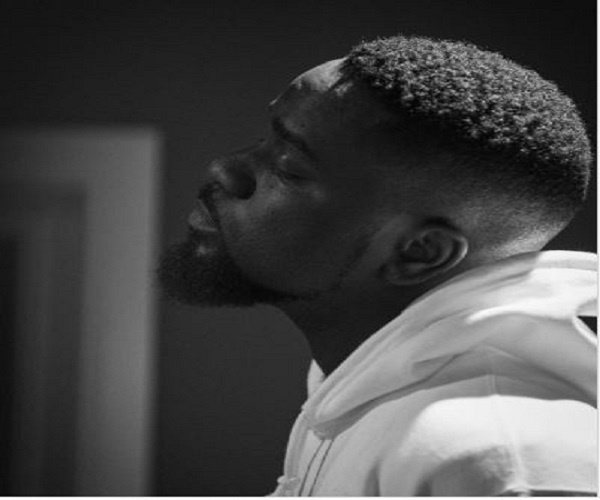 Celebrated rapper and music executive, Michael Owusu Addo, affectionately known as Sarkodie has said a word of prayer for the families of the lost souls at Bogoso as he reacts to the unfortunate explosion that took lots of lives.

Yesterday, the country was hit with the most unfortunate news of an explosion wiping off a community in Bogoso in the Western part of Ghana, and it was reported to have happened as a result of a motorbike and a truck carrying explosives used for mining colliding.

This has broken the hearts of a lot of people, and rapper Sarkodie reacting to that prayed that God heals the families of the lost souls and the people of Bogoso praying that the souls of those who died rest in peace.

It’s quite unfortunate that something like this has happened and Sarkodie feeling the gravity of the situation at hand has prayed that God heals the families of the lost souls because it’s not going to be easy. 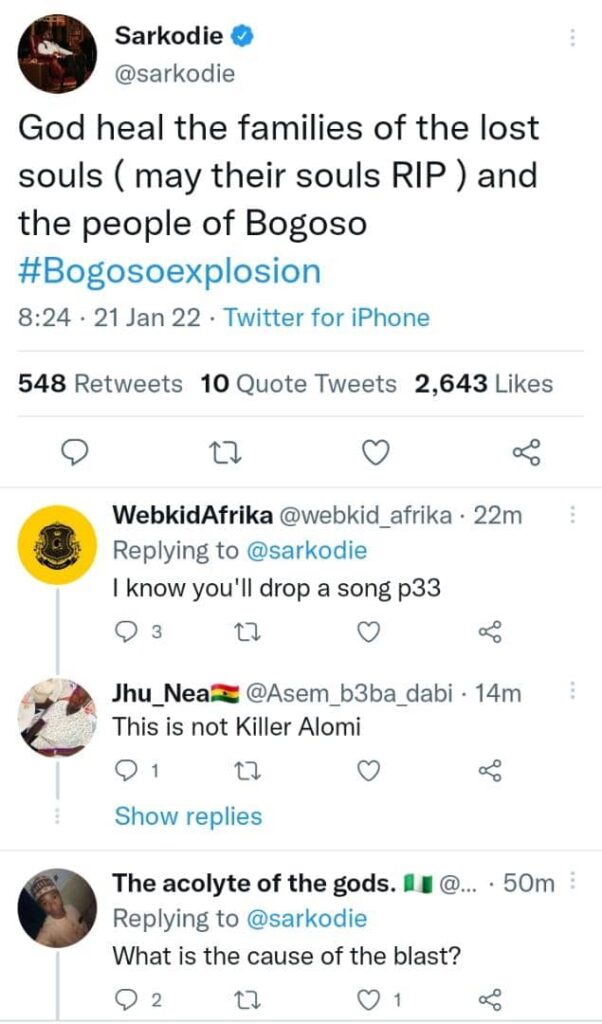